Welcome back to the 5 Days of Making Geography Fun posts, my small part of the Schoolhouse Review Crew's 5 Days of...Blog Hop. If you missed yesterday's post, I shared about our Interactive Town Map, if your child enjoys hands-on activities I encourage you to check it out. 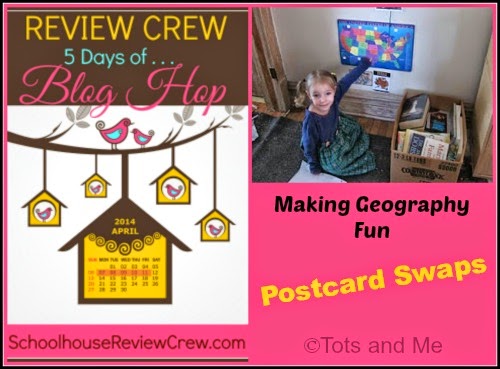 Today I would like to share another fun way we have focused on geography.  We have participated in a few different postcard swaps through the years. When the girls were younger we found a blog that was organizing a postcard exchange. We started exchanging some postcards with others and when we recieved the postcards we attached them to the wall around our world map. We used yarn to show where they came from. This exchange was a bit random and we also swapped overseas. 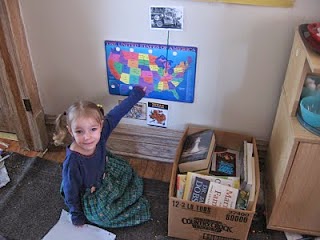 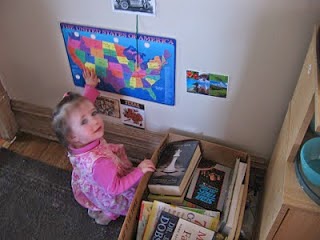 A bit later I found a swap that was exchanging just in the United States. This was actually my favorite swap. Once every state had someone signed up we started sending postcards out to each other.  Each week 2 people were to send out postcards from their state to everyone else in the swap. Yes, that meant we were sending out 49 postcards at once. However, that also meant we were getting 2 postcards each week. That was the theory anyway, there were  couple of states we never received, but all in all it was a great experience.  I enjoyed the way it was organized. The order we received the postcards was in the order the states joined the union. That made it possible to sign up to use about.com's state study.

When we received the postcards we located the state on the map, then we colored some state symbols, such as the flower and bird, along with the flag to put in a scrapbook.

Last summer I decided it would be fun to spend some time on geography again as it had been a couple of years. We put our My Father's World Curriculum aside as planned and had some fun with some more swapping (along with some other geography fun that I will be sharing tomorrow). I discovered a wonderful Facebook Group called  Homeschool Swapping Adventures.  Each month we can comment on threads to find homeschool families who would like to swap postcards, along with other things. The last time I participated we were able to make plans to swap with 10 different families. I again decided to try to get postcards for each state. This time around, when we received the postcard we colored in the state on a United States outline map.

As I mentioned yesterday, there are many more insightful posts to be found. Here is the link to the main post on the Schoolhouse Review Crew blog where you can find a list of everyone who is sharing. To get you started, I invite you to stop by these blogs: 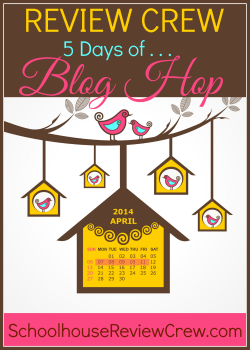