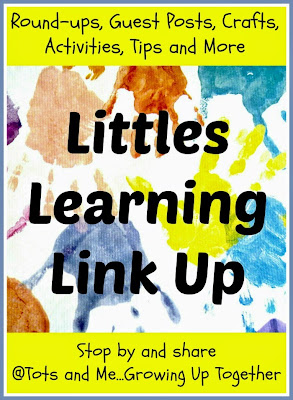 Littles Learning Link Up is now on Friday!!

Each month you will find:

Each week, I will host a link up, where you can share either what you have been up to recently, or old posts that may go with the theme.  Feel free to link up more than one post.

Each week I will continue to feature a couple of posts from those that have been linked up.

It would be great for everyone to stop by and visit the other linked-up posts as well. Check them out, leave some comments, pin those that interest you. Let's make this a real party and socialize with each other.

Here's a peek at what we have been up to in our homeschool.

We have finished reading Charlie and the Chocolate Factory and now have some educational worksheets from The LitWits Kits that we are using as a part of the review. Plus we are watching both movies so we can compare and contrast.

We are finishing up our review year and I am so relieved it is winding down. I only have one more review left. And then we have a break. I will find out if I am coming back for next year with the Homeschool Review Crew in a little bit. Plus, I will be posting about the Blue Ribbon Rewards soon.

Moving on to our craft.

We have been focusing on Thanksgiving in our prek/k co-op class.

First we reviewed the months of the year, and talked about the holiday coming up this month. Thanksgiving. Then I read a book that explained what Thanksgiving is. We learned that the people who came over on the Mayflower were known as Pilgrims, and people tend to call the native people who lived here, Indians. I came up with a song based off of a song we used to sing at the Montessori.
1 Little, 2 Little, 3 Little Indians. This one, I called 1 Little, 2 Little, 3 Little Pilgrims.

Here are the words.

Then we made a Paper Plate Mayflower. I used an idea I had used way back when Tabitha and Amelia were preschoolers, and I added some printable parts from A Little Pinch of Perfect. 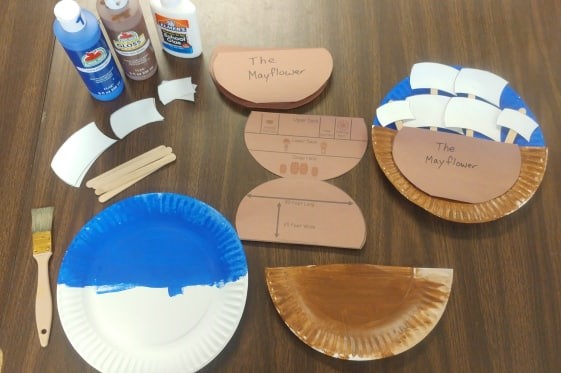 All I had to do in preparation for this craft was print and cut out the printables and cut some paper plates in half. Each child needs a whole plate and a half a plate.

The first thing I had the children do was paint the half a plate brown and then paint half of the whole plate blue (for the sky). 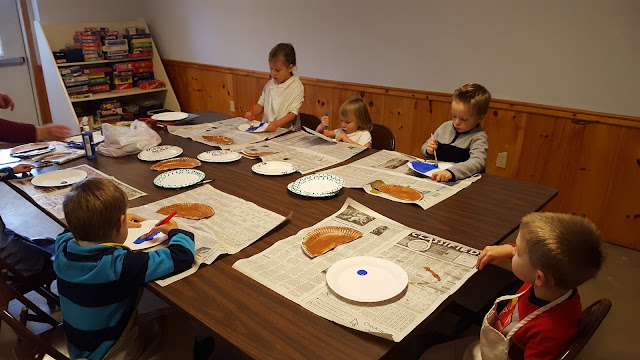 I just put a little paint on the paper plates and had them spread it around with the paintbrush, giving them more if needed. It eliminated the need for separate paint cups. 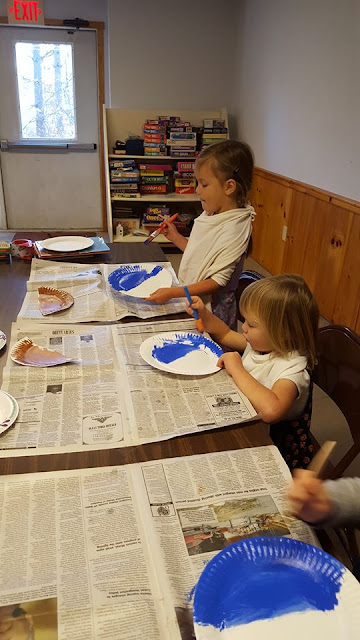 We then set them to dry while they went to snack and gym time. 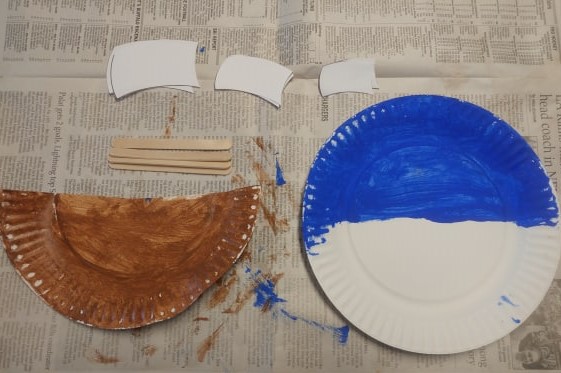 When they came back the plates were dry. They glued the brown half-plate onto the white half of the whole plate. 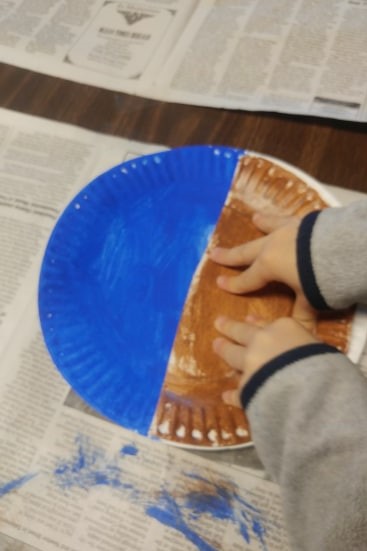 Then I had them put white glue on the bottom of 4 craft sticks and put them down between the plates for the masts. 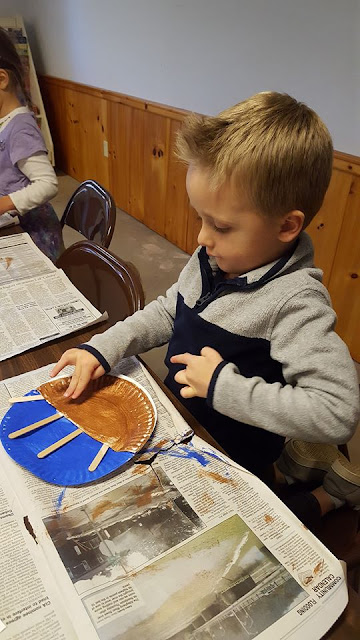 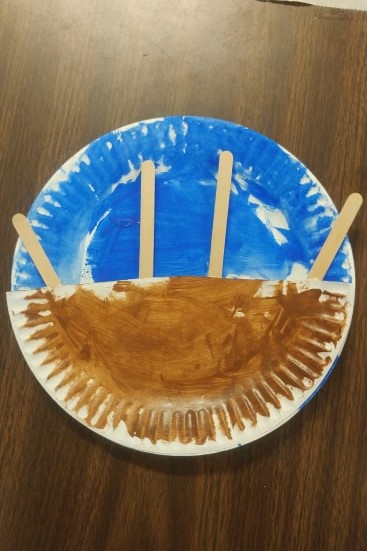 Then they glued on the sails. 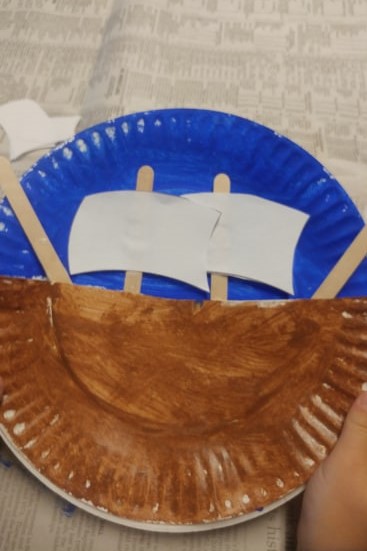 We then talked about the information on the fold-over page. After that we glued it on to the front. 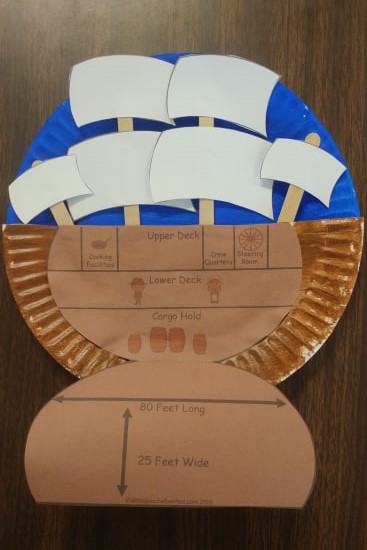 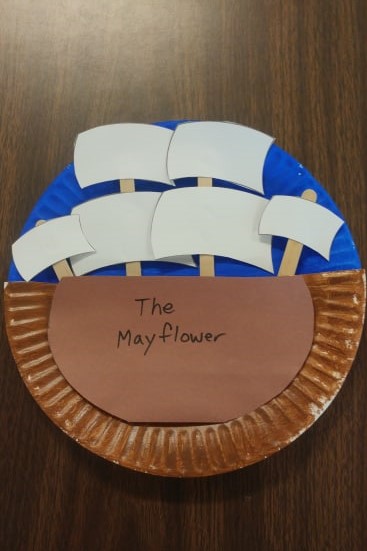 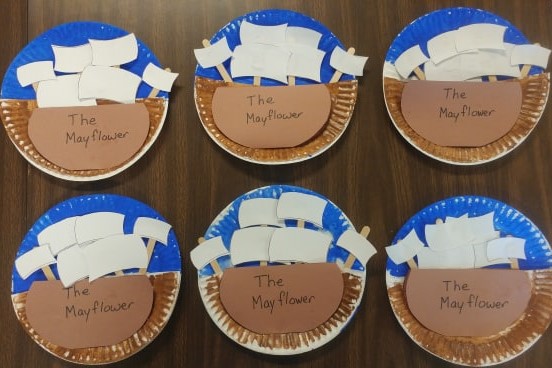 And these are the books we read.

The first one to help the children understand what Thanksgiving is. 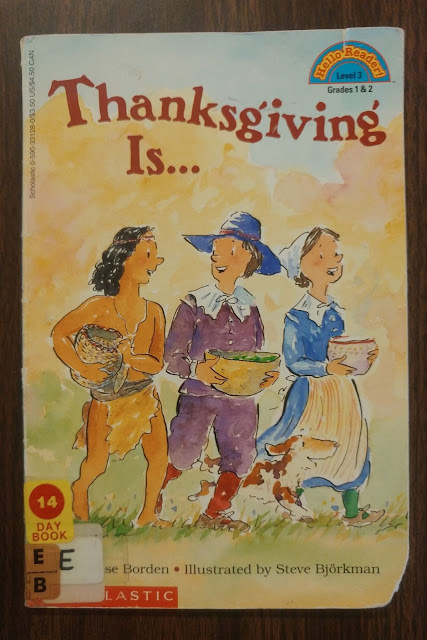 And these two because they incorporated the counting that we had in the song. 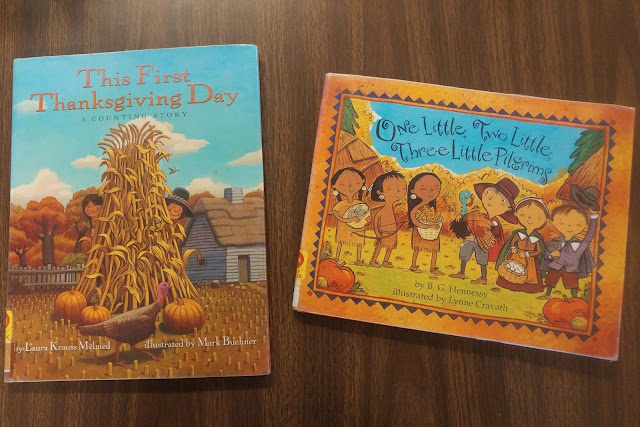 Let's take a look at that review schedule real quick:

Last week I posted my review of the new books from Kregel Publications, the Goldtown Beginnings books featuring Jem Coulter. This week I am sharing reviews of some books from Mattie Richardson,  and Elephant Learning Math Academy. And next week you will find the review for LitWits Kits. 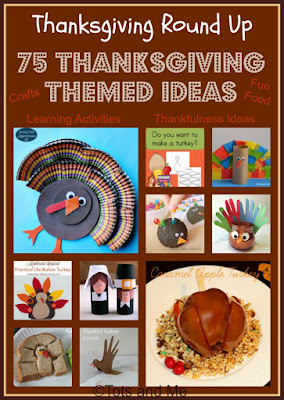 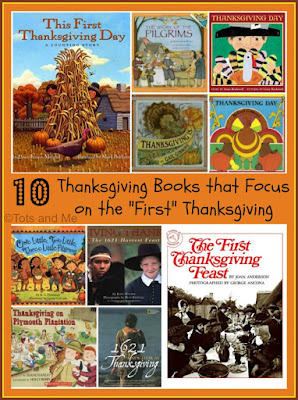 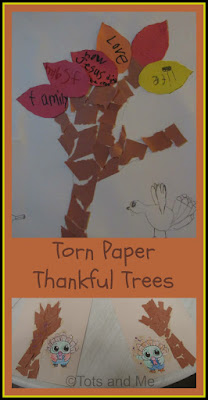 Please, don't forget to stop by other posts that are linked up. See what catches your eye, stop by, pin the post to a relevant board, and perhaps leave a comment to let the author of the blog know you have been by for a visit. I know I appreciate others commenting and letting me know they have read my posts, so I am sure others do too. 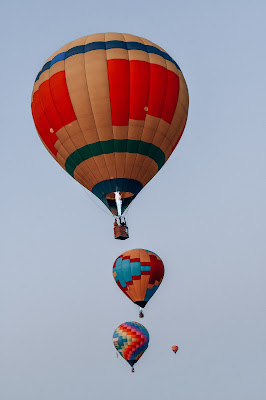 I would love to have you join in this week! What sort of activities do you do with your young children? Do you have some favorite activities you would like to share? I invite you to link up below. I will be pinning posts on one of my relevant boards, and I would love to feature some of the activities each week from what is linked up.

Please know I may share a picture from your post and link back to it, along with sharing how we used your idea in our school time. By linking up you are giving me permission to use a picture from your post. I will ALWAYS give credit and link back. Additionally, if you choose to try out any of the ideas with your child, please make sure you give credit where credit is due.

Linky will be open through Monday night, to give me time to check out all the posts and get the Features organized. Please take the time to visit some of the other wonderful posts linked up.

No button currently, and there won't be one until I can figure it out seeing as Photobucket has changed things. Feel free to still share the picture in place of the button. Just link it to my Littles Learning Link Up permalink please. 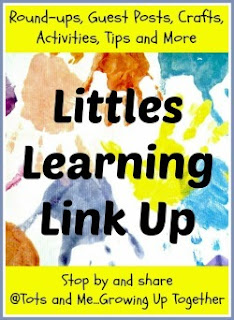 I am sharing over at

You are invited to the Inlinkz link party!
Click here to enter
Posted by kewkew at 7:31 AM