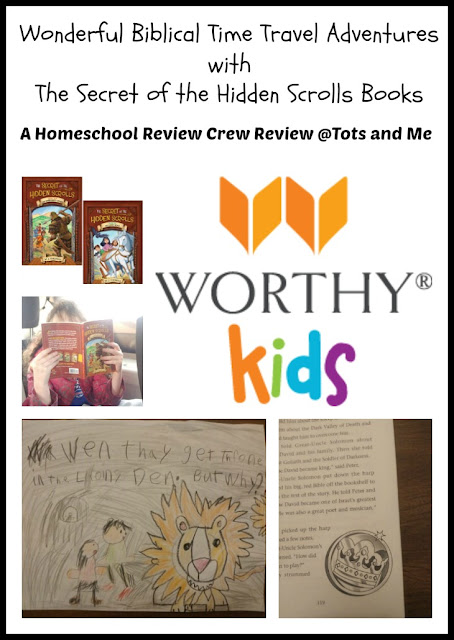 So, what exactly are these Secret of the Hidden Scrolls books, and why were we looking forward to these next books with such anticipation? Well, in this series, author M.J. Thomas takes the reader on adventures into Bible times with two young children, Peter and Mary. They are spending time at their great uncle Solomon's house over the summer where they discovered a hidden room in his library. There are special scrolls that have special wax seals that take them back in time. They have a certain number of days to solve the mystery of the scroll, which happens a little at a time as they reveal the words as they are spoken. Once they solve the secret saying, they are transported home. While back in Bible times they are helped by the angel Michael, they meet people who help them and who they help, plus they are up against the ultimate enemy, Satan. Satan appears in different forms in each book, and he will attempt to thwart their plans while he works against God.

We were so excited to be able to join with Peter and Mary again as they continue their adventures with the hidden scrolls. With the four previous books we were with them when they watched God create the world, helped Noah get the animals on the ark, spent time with a princess in Egypt during the time of the plagues of Exodus, and watched the walls of Jericho come tumbling down. These next two books in the series focused on two more well-known Bible stories: David and Goliath, and Daniel in the lion's den. 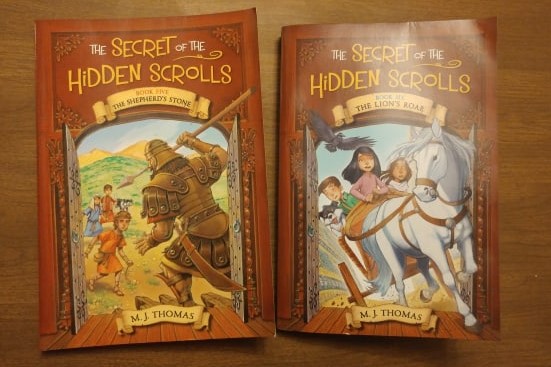 Book Five: The Shepherd's Stone takes us back to the early days of the Kings of Israel. King Saul is on the throne and young David has already been anointed future king by Samuel. Peter, Mary, and great uncle Solomon's dog Hank arrive in field where wolves are ready to attack them and a flock of sheep. A young shepherd boy named David saves them and they end up spending time with him as he searches for a lost sheep, and then, upon returning home, finds he needs to take food to his brothers on the battlefield against the Philistines. Of course, they accompany him there, with Mary disguised as a boy so she can come. On the way they have to go through the "Dark Valley of Death" where they come up against a bear. 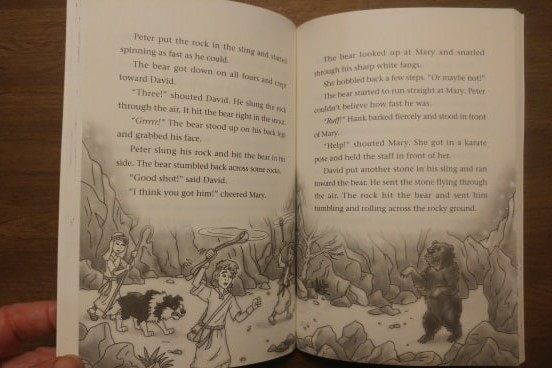 The author uses this as the "Valley of the Shadow of Death" from Psalm 23. In fact, David shares a scroll with them on which he wrote this poem. Of course, their adventures don't end there, as they still have to face Goliath and the Philistines.

During their adventure they learn, with the help of David, to overcome fear by trusting in God. At one point, the angel Michael reassures them that even though they can't see God or the angels, they are there helping them.

In this story, Satan was a soldier in black who was on the side of the Philistines, guiding Goliath and acting as his shield bearer. He also planned to attack David from behind, even after David killed Goliath. As we know that Peter and Mary couldn't interfere with the battle between David and Goliath, the author had them stop Satan from attacking David using the "shield of faith." As they confronted Satan, the children's confidence in God's truths is what saved them. They then said the final word of the scroll, revealing the saying, "Fear not. God is Bigger Than Any Problem!" and were able to transport home and the wax seal transforms into a medallion. 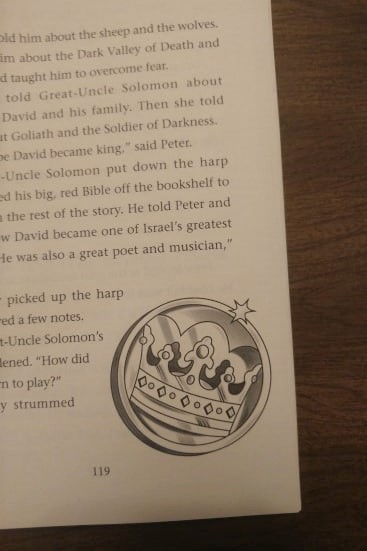 Book Six: The Lion's Roar takes us back to the days of the Babylonian exile of the Israelites. Peter and Mary arrive in Babylon and are at once apprehended by the high priest of the idol Marduk. Thankfully, the angel Michael appears to save them, which is different than in the last book where he was invisible.

In this book the secret words on the scroll are written in cuneiform, which I think was a neat idea, as it helped to keep the words as a mystery to the children, because you would think some of the words would start to look familiar to them after their other adventures.

In this story Peter and Mary befriend a fictional character, the young Israelite girl named Hannah. They spend quite a bit of time hiding and running from the high priest who is insistent on making them bow to the false god. I was surprised that it took the children so long to realize that the high priest was Satan as he is bent on making everyone worship idols instead of the one true God.

They also meet Shadrach and Daniel.

I had Hannah share a picture of her favorite part from the sixth book: 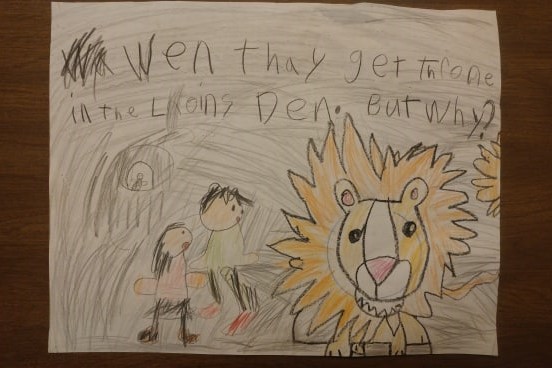 She loves that Peter and Mary end up in the lion's den with Daniel and wanted to be mysterious and not tell why they ended up in there. They solved the scroll and learned that "God is in control." They then had to have their great uncle Solomon tell them the rest of the story to learn that God saved Daniel from the lion's den after they left.

If you haven't heard of these series of books, may I suggest looking into them for your early elementary aged children. The author does a wonderful job teaching biblical truths through these adventures. I love that children can learn about Bible times in fun ways and see how, even though Satan means things for evil, God is with us and will help us through trials if we have faith, and He is in control.

Also, WorthyKids Books is having a giveaway. You can enter to win the entire set of seven books. And even more amazing, they are signed!!

Just click on the image below to find the giveaway. 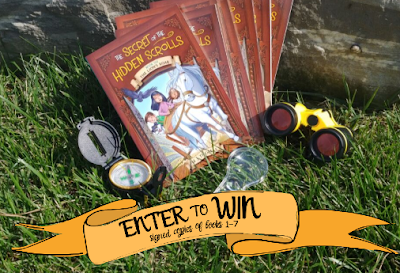 Don't forget to click the banner below to see what my fellow Crew Mates had to say about these books.