Engaging and Educational Books from Carole P. Roman {A TOS Review with a Giveaway} 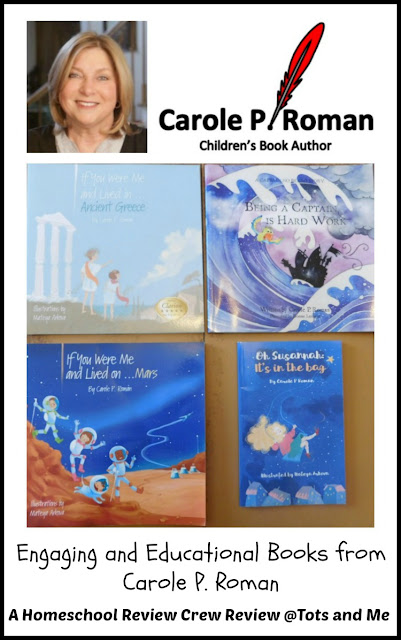 I would like to share a bit about each of these wonderful books, and then I have something special for you, my readers, something that I don't usually get to do with a Homeschool Review Crew review. 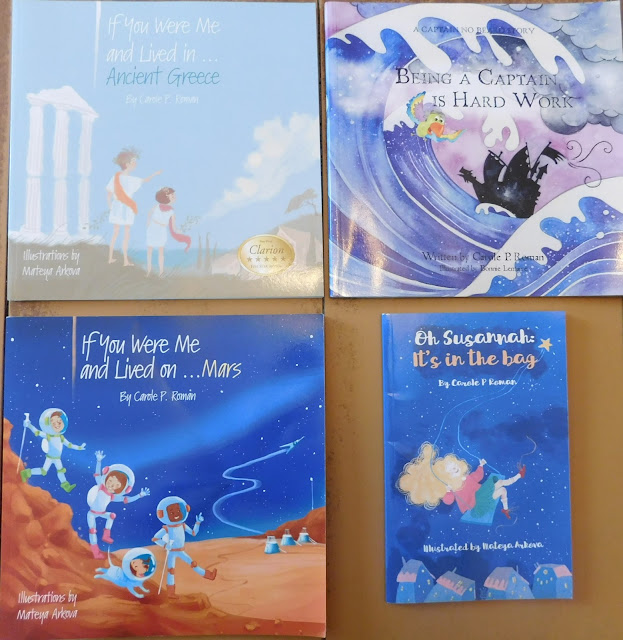 Oh Susannah: It's In the Bag 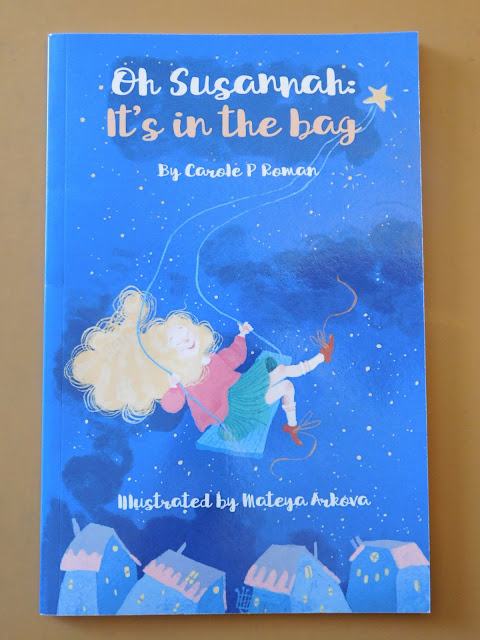 This beginning chapter book is only 34 pages long, with nine short chapters, each of which is only between 2-4 pages long, except for the last chapter. In this story, poor Susannah Maya Logan's day starts out badly and continues to go downhill. It starts with some unfinished homework and parents who are too busy to help and expect a bit too much out of their third grader. Each of the chapter's titles hints as to what her next dilemma is going to be. 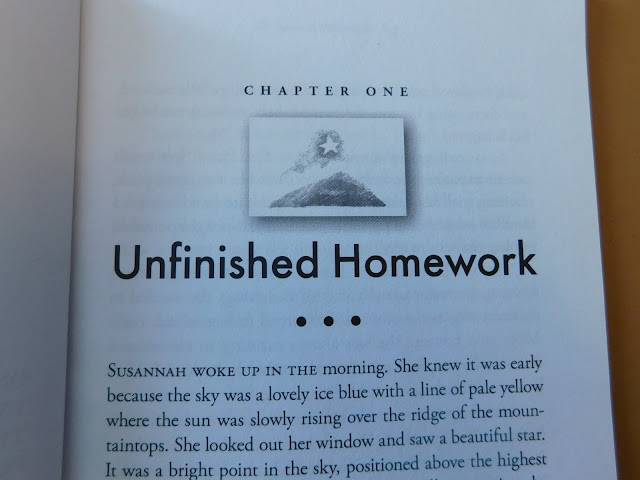 She has to deal with a breakfast she doesn't care for, a sleepover invitation she dreads the thought of, a pop-test in math, a library book choice for a report, a broken zipper on her "overstuffed" backpack, a disastrous dinner, and a scary dream where all of her neglected problems come out and make themselves known.

Throughout the day she had been stuffing these problems into her backpack. Even though each of the items were technically quite small, they all added up, more in her mind than in the bag. They got too heavy for her to bear, breaking her backpack, and so big she had a hard time trying to stuff it under her bed. It was so heavy that she needed both of her parents to help drag it out from under her bed after she wakes up from her nightmare. Finally, she is able to deal with her problems with the help of her parents, taking one thing at a time.

Tabitha, Amelia, and I were the readers of Oh Susannah: It's in the Bag. Tabitha is 10 years old, and in fifth grade, and she was able to read the book in less than two hours, while I was able to zing through it in under an hour. Amelia who is 9 years old took a little longer. I thought the book did a wonderful job of explaining that we need to take care of our problems when they come up, instead of letting them all pile up while trying to hide them. I liked that her parents realized that Susannah was right, and they had been too busy to help her, and they worked things out together, as a family.

Tabitha's favorite part was when Susannah got to sit back and talk with her mom and dad. It's her favorite part because through the whole book it seems to be rush rush rush and they don't seem to get any time together.

Being a Captain is Hard Work: A Captain No Beard Story 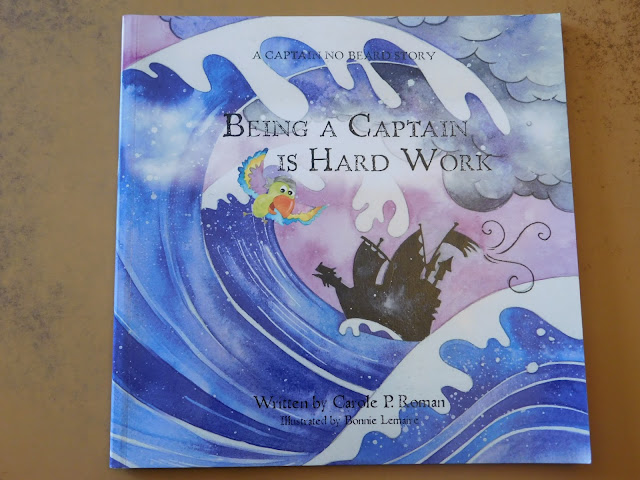 This 56-page picture book is one in a series of eleven Captain No Beard Stories. I read it to all the children (ages ranging from 5-10 years old) during our storytime. It is a book full of imagination and adventure. It features Captain No Beard, who is really a young boy named Alexander, his cousin Hallie, two more children named Cayla and Zach, plus a crew of stuffed animals who are on an adventure in the high seas (which is really in Alexander's bedroom).

In this tale Captain No Beard is determined to make it to Dew Right Volcano, no matter what. Captain No Beard thinks he knows better than his crewmates (the children and the stuffed animals who come to life), ignoring their concerns of storm clouds, high winds, and an ice-covered deck. He even insists they are traveling in the right direction, even though he was warned that they were heading the wrong direction, north instead of west. 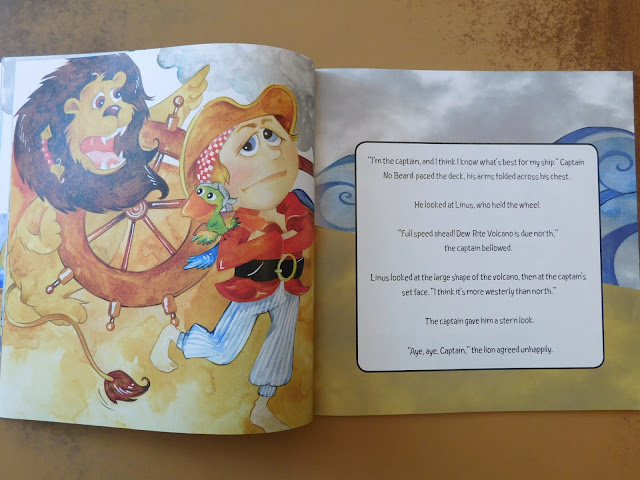 He figured he was the captain, so he was supposed to know everything. However, he learned that a good captain needs to listen to those around him. He may have to make the decisions, but that doesn't mean he has to know everything. God has given us friends so we can lean on them.

I appreciated the lesson First Mate Hallie gives Captain No Beard. She teaches him that we have two ears but only one mouth, so we should listen twice as much as speaking. We also liked the little science lesson that the author snuck into the story. While arguing about the clouds, the characters are teaching the reader the difference between cumulus and stratocumulus clouds. And in the back of the book the author shares "a handy list of different cloud types, so you'll always know if there will be calm seas or stormy weather ahead!" 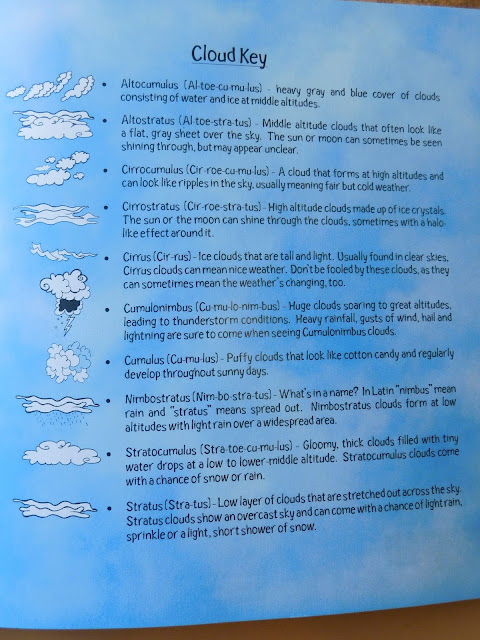 We all really enjoyed this book. It was a great adventure which would appeal to both boys and girls. The bright, playful illustrations really helped to enhance the story. Each double page spread consists of full page, full color illustrations with the text contained in a white box overlaid on one side of the spread. 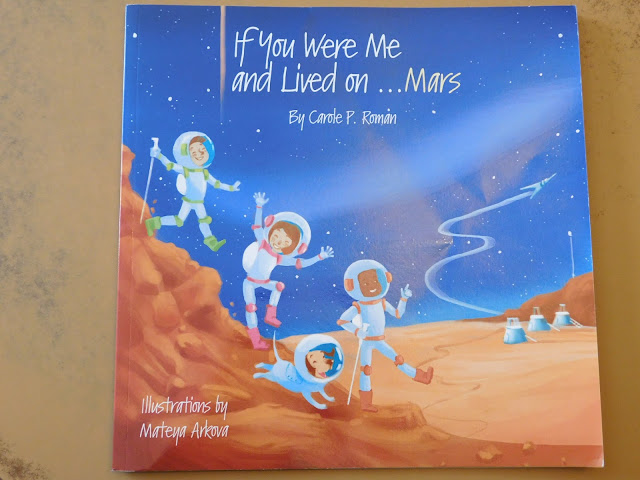 This 42 page picture book is a part of the "If You Were Me and Lived  in . . ." cultural series. What is different about this book compared to all the other cultural series books is that the other books focus on different countries. This book speculates on what life might be like if we could ever get to Mars, maybe 40 years or so in the future.

As with the other "If Your Were Me and Lived in . . ." books, the author is talking directly to the reader, using the words "you" and "your" throughout the book. 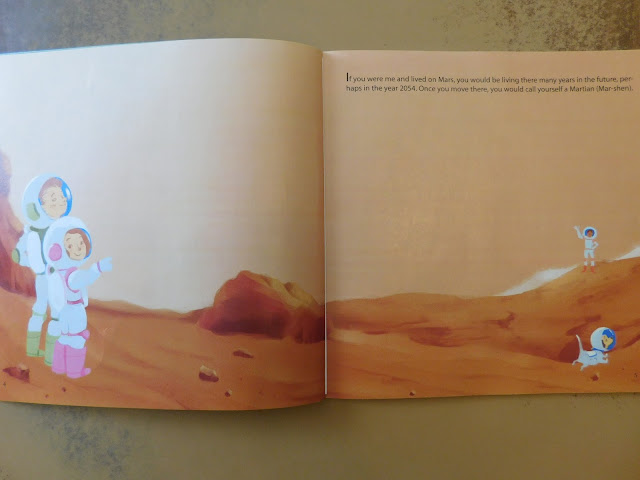 The author explains how the reader would get to Mars, what the environment on Mars would be like, how it would compare to life on earth, what the living quarters might be like, and what the seasons and weather are like. In this story, the reader's parents would be a scientist and a doctor, two kinds of people who would go on such an expedition. However, it is explained that there would be a diverse group of people.

This book is chockful of science information. There is information about the physical characteristics of Mars, from its red color (including the reason why it is red), to what it is made of and what its atmosphere is like. We learn about the dust storms and gravity, along with landform features (including Olympus Mon and the craters and channels on the surface of the planet). We also learn about the orbit of Mars and why it is different to that of Earth, plus why that is important in regards to a trip to Mars. 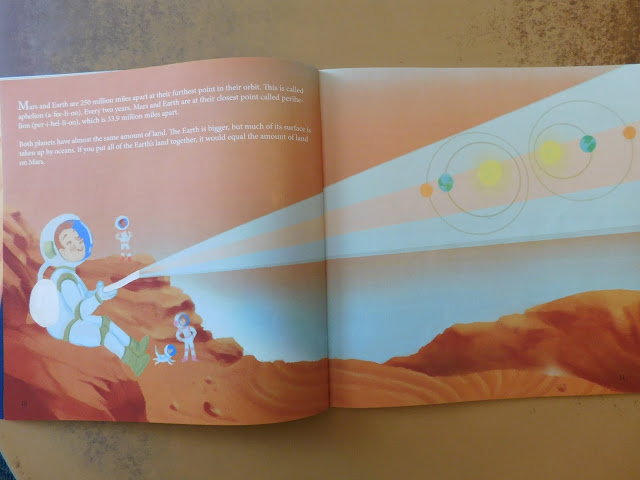 We also learn the name of Mars's moons. As we are learning about Greek roots this year with our core curriculum, the children were quite tickled to learn these names come from the Greek.

The book concludes with a Pronunciation Guide/glossary, sharing much of the vocabulary found in the book, most of which is scientific in nature. 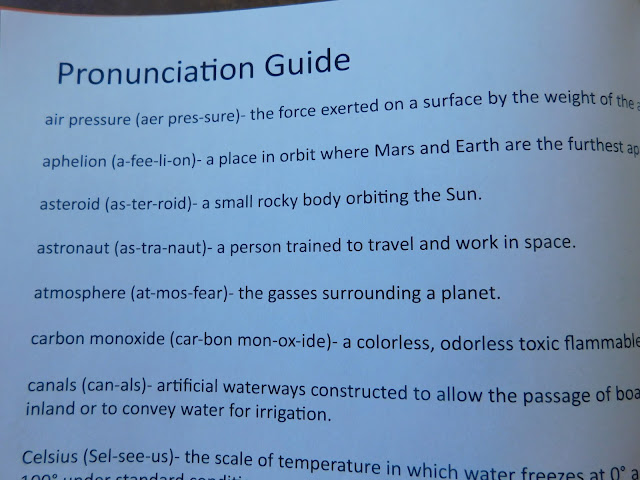 As with the other books, this book was very much enjoyed by the children and myself. Though there is no guarantee we are going to be sending people to live on Mars in 40-50 years, it was intriguing to learn what life would be like and that testing is being done on such things as the Mars Living Module to see if people could survive there for a couple of years. I really appreciated all the science information being conveyed in a story-like fashion.

If You Were Me and Lived in . . . Ancient Greece 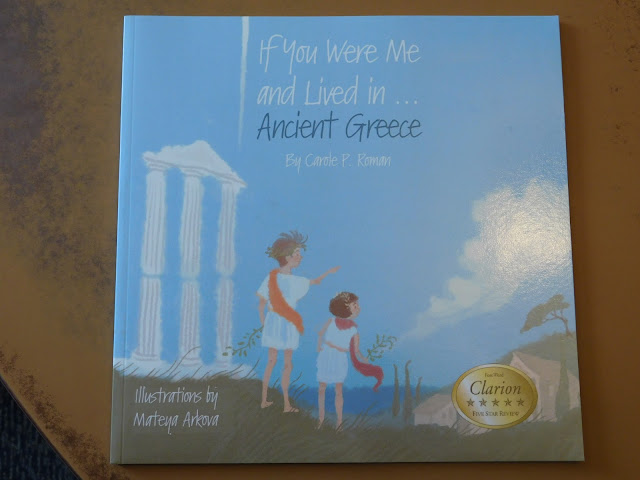 This 54-page picture book is a part of the "If You Were Me and Lived in . . ." historical series. It is from this series that we received all our books for last year's review.  Last year we read about the Middle Ages, Colonial America, the American West, and Ancient Greece. Yes, you read that right. Last year we received this same book! Remember I mentioned that these books were selected randomly for us? Well, this is the result, a duplicate book. Not a huge dilemma for me, and a huge benefit for my readers because I have been given permission to offer this duplicate book as a giveaway. First, let me share just a little about this book.

As with the cultural series, these historical books are written to the reader as if they are the one living in this time period, using the words "you" and "your" throughout the book. These books begin with pictures of what the area looks like in modern times, and then shows what it would have looked like in the past. For this book we are looking specifically at 350 B.C., during the Classical Period. 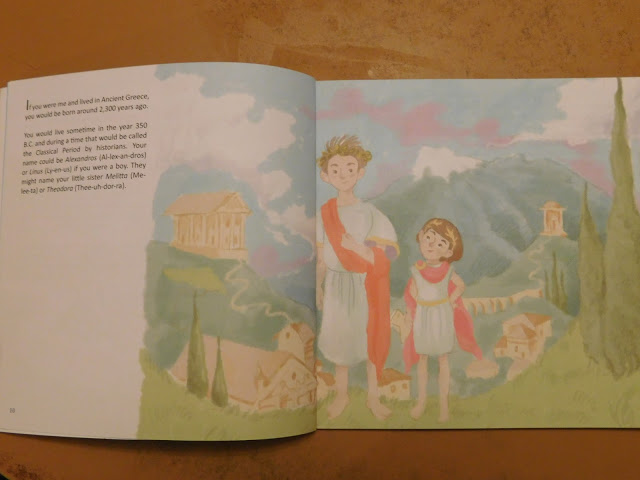 Throughout the book we learn about Greek culture, government, and religion. We learned what daily life would have been like, including food, clothing, homes, jobs, and education. Most of the pages also introduce one of the Greek gods or goddesses. There is so much great information shared in this book.

If this wasn't a book we received last year, this would have been perfect timing for receiving it, as we will be looking at Ancient Greece later in our school year with our core curriculum. We will definitely be pulling our copy out when we get to that unit.

This is another great book by Carole P. Roman. It is full of educational information given in a fun story-like way.

I highly recommend each of the books in this review. 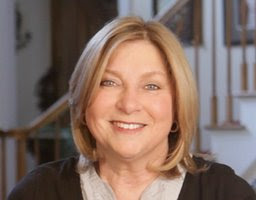 My fellow Crew Mates and I have been reading and reviewing a bunch of Carole P. Roman's books. There are more books from the "If You Were Me and Lived in . . ." Cultural and Historical series, more books from the Captain No Beard Series, plus Bedtimes Stories and the other Oh Susannah chapter book. Just click on the banner below to read the other reviews.

Now, on to that giveaway! 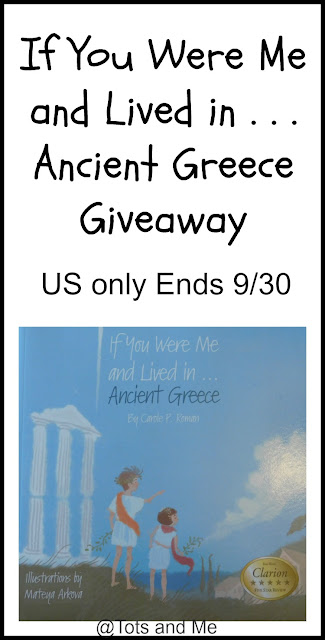 This giveaway is open to US residents 18 and over.
The giveaway runs September 14th through September 30th.

Disclosure: I received a copy of all of the above books in exchange for my honest review. No further compensation was given. This did not in any way influence my review. I only recommend products I use personally and feel will be a good products for my readers. I received a duplicate copy of If You Were Me and Lived in . . . Ancient Greece and was given permission to offer a giveaway.