I had the opportunity to review another fun and educational product from Educational Insights. You may have noticed I really enjoy the products that Educational Insights puts out. It is important to me that the children have fun, but I love when they can have fun and learn at the same time.

We were able to try out the fun and "radical dice-rolling word-building race" game called Wordical.
Wordical is designed for 2-8 players, ages 8 through adult. 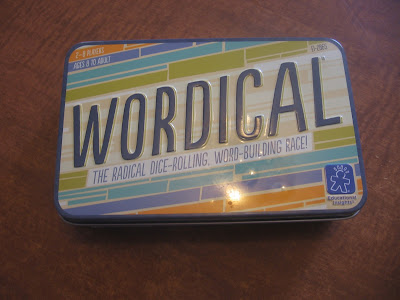 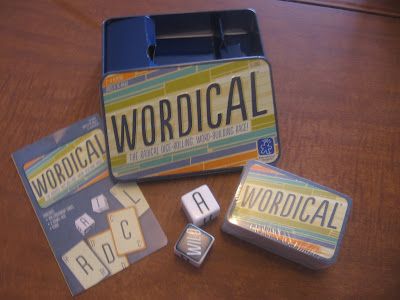 Wordical comes with 2 Vowel Dice and a Pack of 108 Consonant Cards, in addition to the instruction guide. 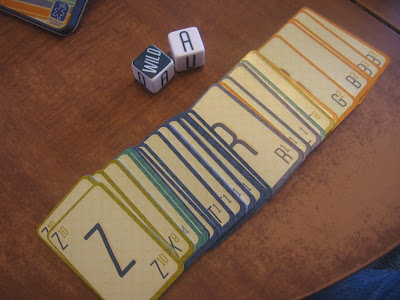 The object of the game is to, "Race to get the most points by forming a word using a combination of your consonant cards and the vowels rolled on the dice!"

All players are dealt 5 consonant cards which may be looked at just like most card games. The dice are then rolled in the middle of the playing area for everyone to see. Everyone needs to try to make the best word they can using the cards in their hands and the dice. It may seem like you won't be able to make very many words with 5 cards and 2 dice. The great thing is, you get to use the vowels as many time as you need to in a word. You also have the option to use only one of the vowels. Each die also has a "WILD" side which can be used for any vowel (a, e, i, o, u, and y).

When a player decides on the word they are going to use, they shout it out and place it down in front of them. You just have to make sure it is the word you want to use because once the word has been played you can not change it.  Additionally, other players are unable to use the same word during this round. One other word of advice, you do not want to be the last person to play a word because you cannot play the word and will receive only 1 point for the round. 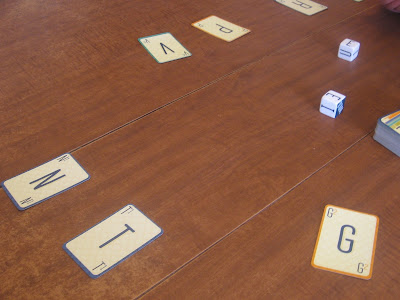 In order to play the next round, each player needs to have 5 cards again. The cards that were played are discarded. From what we understood from the instructions, the player with the first word in the previous round is the starter in the next round. The starter gets to draw 1 card first, then it goes around clockwise with every other player picking 1 card at a time, until everyone has 5 cards. Once you have 5 cards you stop drawing even if the other players still need to continue to draw cards to reach a total of 5. The "starter" is also the player who rolls the dice for this round. Which is a great bonus, especially for children who will love a chance to roll the dice.

The game will end when "there are no cards left in the deck and at least one player is out of cards at the end of a round, or every player does not have at least one card to begin a round." Even though no alternatives were given, we did decide that it would also be okay to either set a time limit on the game or a score limit if you don't have time to play the entire deck of 108 cards but want to play a quick game. Or perhaps you could decide to play with half the deck. These are just some thought I am throwing out there that would seem to work for a shortened game. I can see going through the entire deck a lot easier if you have 8 players or the players are all older kids, teens or adults.

We did include Tabitha and Amelia when we played, even though they are only 4 1/2 and 6. I was pleasantly surprised that they seem to enjoy the game. It is not as much of a race when you have younger children playing because they needed help building the words. However, as they are both reading to some extent and sounding out words it seemed like a great way to challenge them. They struggled a bit with not having the vowels right in front of them. However, not having the vowels in my hand took a little getting used to as well. 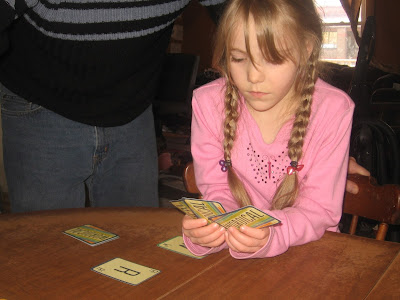 In fact, we let them actually hold the dice to make it easier for them to arrange the letters to form the words. 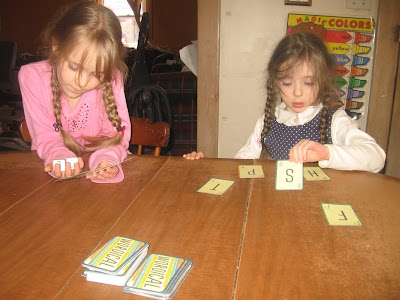 We really enjoyed playing this game. I loved that we were able to include the younger girls, but that it is a game I can play with my hubby and the older children. It is a quick moving game or it can be a slow moving word learning game for younger children. I would highly recommend Wordical.

If you would like to purchase Wordical, you can head on over to their site where it sells for $12.99.

How would you like to win your very own Wordical Game?
The people over at Educational Insights have generously offered one of my readers their very own game. All you need to do is enter in the Rafflecopter form below. There are only 3 simple mandatory entries, with the remainder of the entries being optional. Remember, you do not have to do the extra entries, but they will increase your odds of winning.

This giveaway is open to US and Canada to those 18 and over.
The giveaway runs April 8th through April 21st.
Thanks for stopping by and good luck!

a Rafflecopter giveaway Disclosure: I received Wordical: The Radical Dice-Rolling, Word-Building Race Game in exchange for my honest review. I received no further compensation. This did not in any way influence my review. I only recommend products I use personally and feel will be a good products for my readers.
Posted by kewkew at 10:09 AM