We reviewed what was created on each creation day: 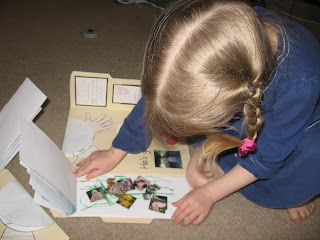 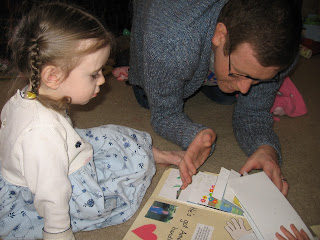 Then we played our match game.  The girls have to match the picture card representing each creation day with the number glued to the lap book. 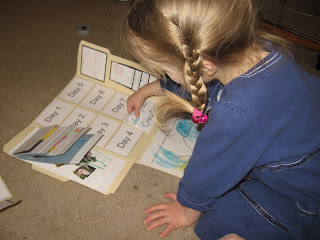 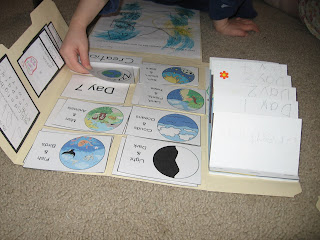 Then I decided to created yet another Muffin Tin this week.
First I made an open faced sandwich.  I spread peanut butter on the bread first.  Then for the darkness I put chocolate frosting and for the light I put Fluff. 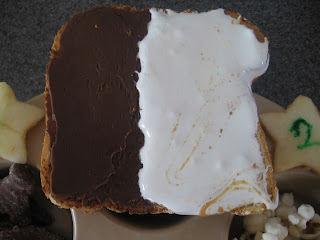 Then the girls watched as I "air" popped popcorn. 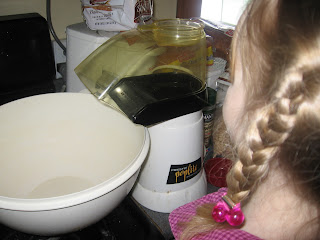 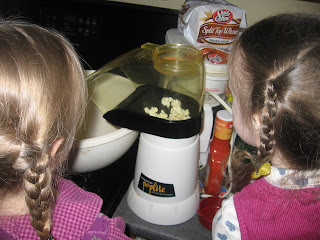 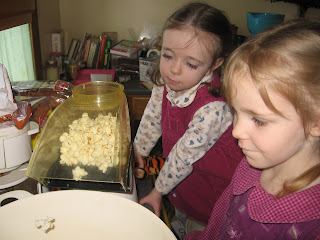 Then the girls crushed some graham crackers to represent dirt.  I asked the girls what we should have for day 3 (we discussed each day before deciding what was going to represent each day) and we decided on broccoli trees.  Then Tabitha suggested brown sugar for dirt.  I told her it was a great idea, but how about we crush graham crackers instead so we don't have so much sugar.  She was fine with the compromise. 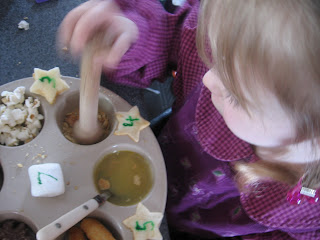 Here is the complete tin. 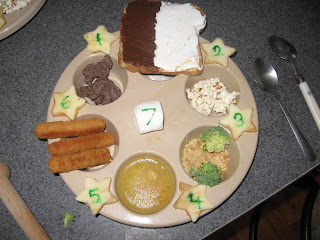 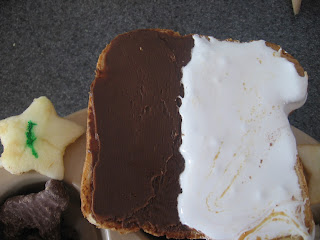 Day 2: God created the "firmament" or air.  So we had air popped popcorn 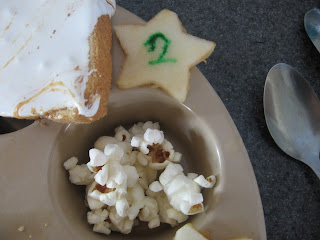 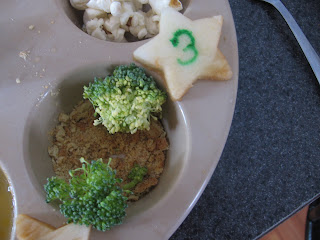 Day 4: God created the sun, moon and stars.  We had chicken noodle soup as the girls have a nasty cold. 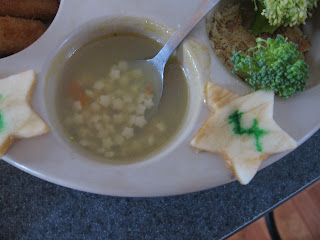 Day 5: God created the fish and birds.  I was going to have fish crackers, but our store doesn't carry any. So we opted for fish sticks. 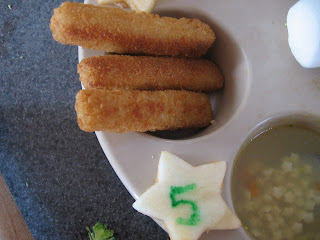 Day 6: God created the animals and man.  We have chocolate covered animal crackers from my daughter's last fund raiser. 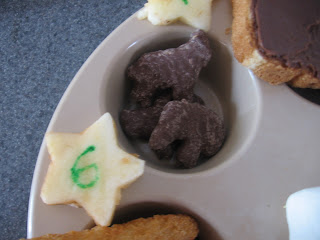 Day 7: God rested.  I wasn't going to do anything for this day.  But then I saw the marshmallows and thought they would make cute pillows (my hubby had been thinking along the same lines before I even asked him). 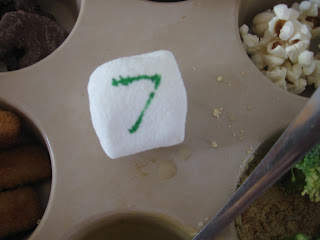 The stars were cut out of apple slices and a wrote the number on with food coloring. 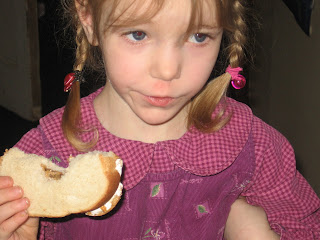 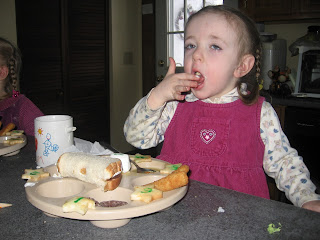 They did pretty good for not feeling well.

We also read a book we have called I Wonder Who Hung the Moon in the Sky by Moan Gansberg Hodgson.  It is told from the view point of a boy named Jared who lives in Arizona.  He wonders such things as,
Each one of his many questions come about in reaction to something he sees or is doing at the time.  For example he sees a crane and notices his grandpa wears red suspenders to hold his pants up.  His family gives him reasons for how or why these things happen, making sure to glorify God for his creation.

It is a cute little book, seeing God's creation from the eyes of a child in all his innocence who tries to make sense by using what he knows.  I would recommend you check this book out if you can.

If you would like to see what others are teaching their children about creation, head on over to Butterfly Wishes and Wonderland Dreams
I am also going to link this up to Muffin Tin Monday