A unit of preschool ideas
for different hibernating animals

Welcome to the first week of my Hibernating Animal Fun unit. We had finished our Arctic Animals unit, but I wanted to stick with a wintery theme, so I decided to spend a few weeks on different hibernating animals.

Each week there will be books I recommend to go with each topic, a craft or two, songs, and motion rhymes/finger plays.

This is the schedule:

We continue to start each class with the song "Good Morning to You" plus the snowy songs/fingerplays I found in a book I reviewed last year called I'm a Little Teapot!: Presenting Preschool Storytime compiled by Jane Cobb.

And of course our poem/finger play:

The children love this poem.

Then we got into the actual lesson. 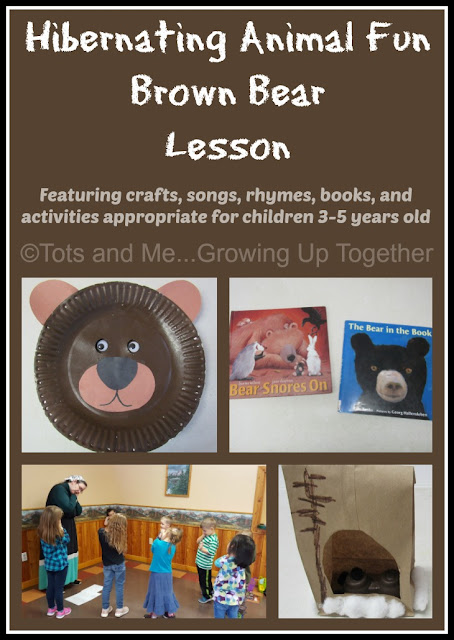 Our main books for the class were: 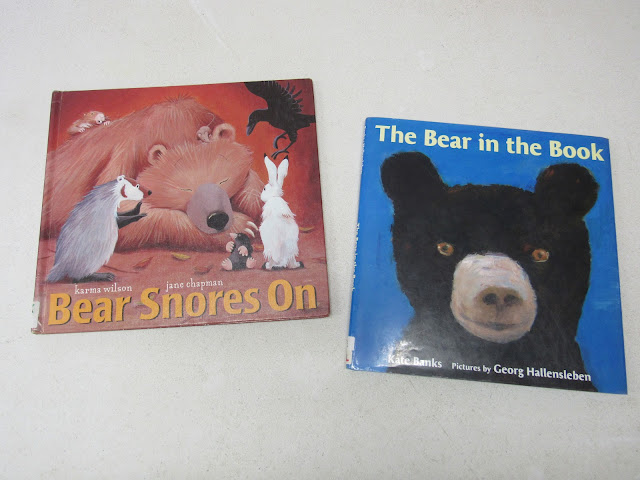 I read the books while we sat in our very own cave made with a couple of tables and a blanket. I had the children each bring in a teddy bear so they could pretend to be hibernating. 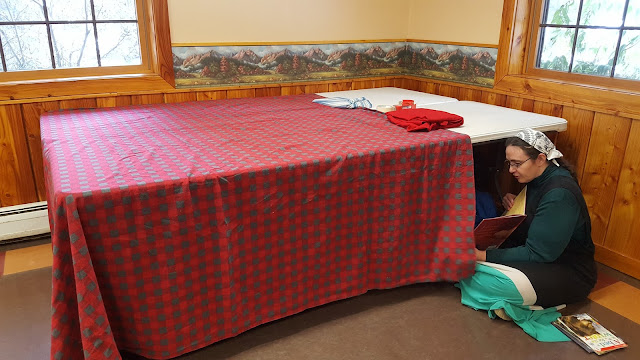 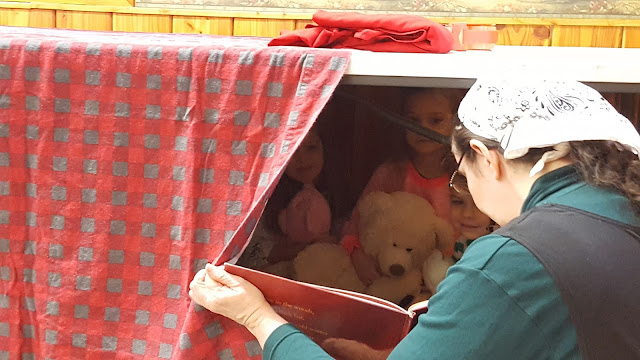 We then made a couple of crafts. First we made our Egg Carton Bear in a Paper Bag Cave craft which I featured in my Littles Learning Link Up post on February 19th. 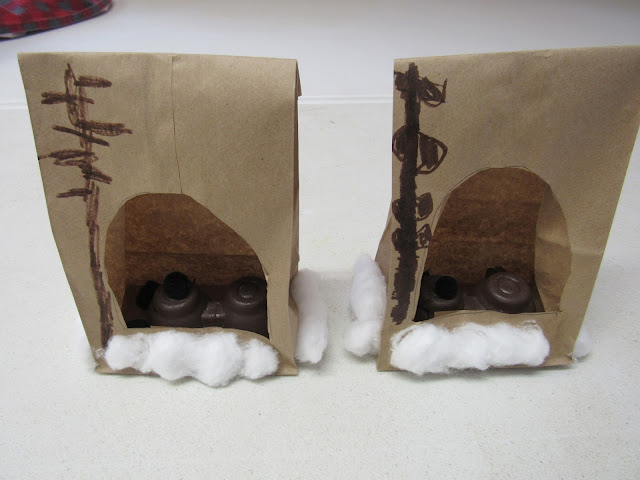 I had also decided we were going to make a second craft. I really loved the paper plate Hibernating Bear Craft from Still Playing School that I shared on my Hibernating Animals Round Up. 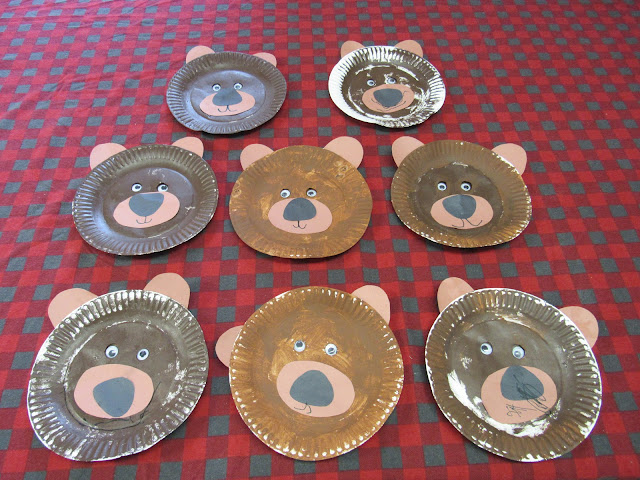 These were quite simple to make, though the preparation is a bit tricky.

An adult needs to cut out the circles for the eyes on the top paper plate prior to the child painting it. This was the tricky part. I also cut the edge ridges off of the bottom paper plate. I cut out brown ovals for the snouts, half ovals for ears, and black rounded-triangles for noses.

The children painted both of the paper plates and then we set them to dry. 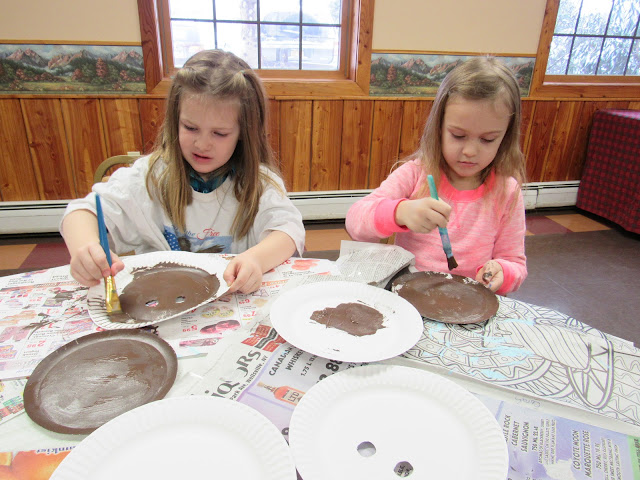 When they were dry we attached the facial features and I used the paper fasteners to attach the plate with the eyes cut out to the smaller plate. We then attached the googly eyes and, after spinning the bottom plate 180 degrees, drew on sleepy eyes. 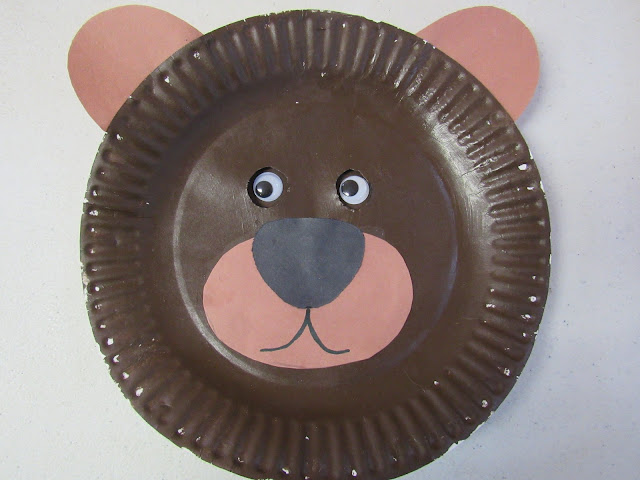 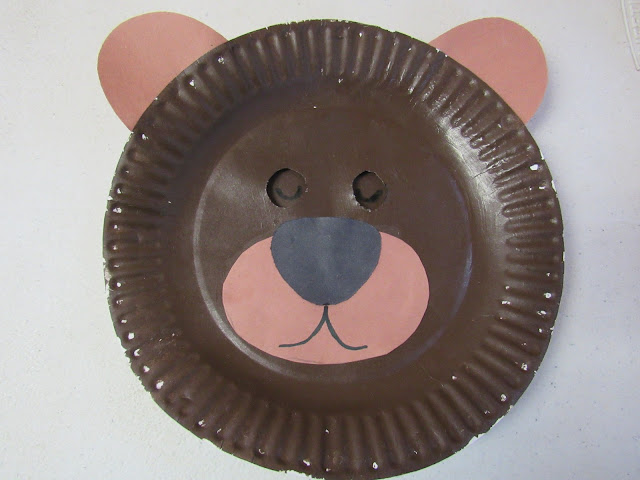 Did You Ever See a Brown Bear?

(To the Tune of Did you Ever See a Lassie?)

Motions to go with first verse.
Shrug shoulders with hands raised as in questioning for the first three lines.
Fold your hands together with flat palms and place them to the side of your tilted head.
After singing "yawning" pause to make a big yawn and tap your mouth with your hand.
Go back to shrugging and then place hands at the side of your head again.


They're Going to Hibernate

They're going to hibernate

They're going to hibernate

Arch your hands above your head, joining fingertips, making it look like a cave.

Fold your hands together with flat palms and place them to the side of your tilted head. 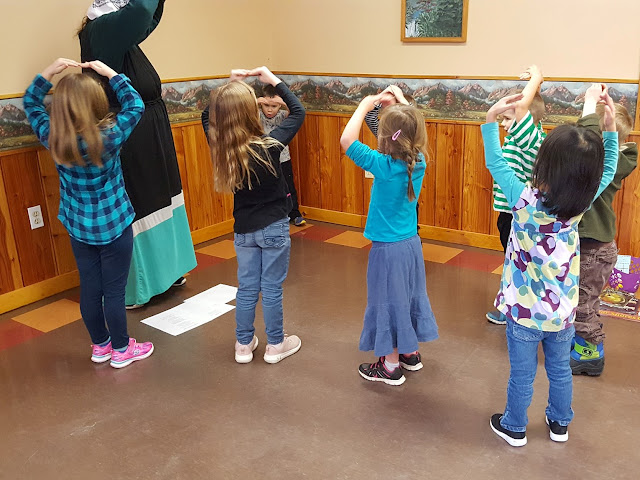 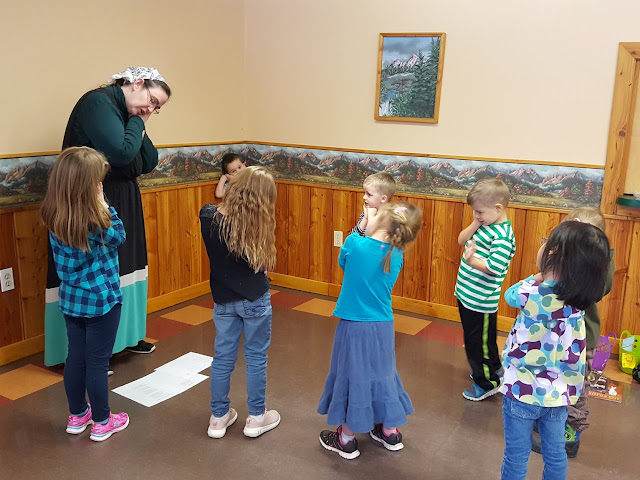 Stop by next week for our lesson on the hibernating dormouse. 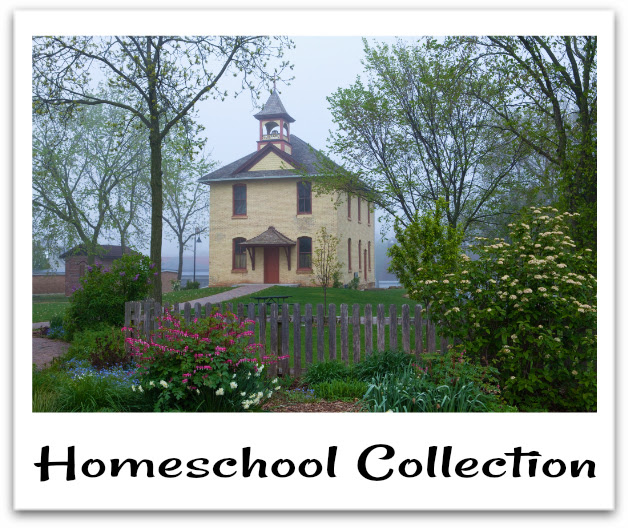