We just recently finished our G:Goat unit with our My Father's World Kindergarten curriculum. The reason I am bringing this up is because the arrival of a new children's review book fit this unit quite nicely. We received a newly released hard cover copy of Diana's White House Garden by award-winning author Elisa Carbone and illustrator Jen Hill from Penguin Young Readers. This book is based upon the true story of Diana Hopkins who was a ten year old child during World War 2. 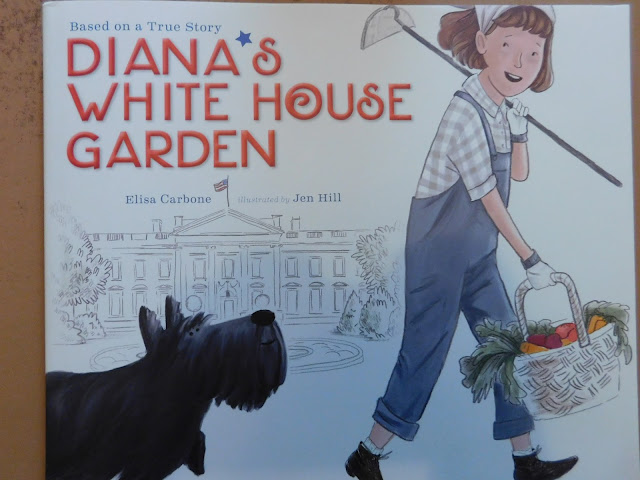 Of course, I loved that I could read it during our G unit, seeing as Garden starts with the letter G. Plus we read a book about a goat who wouldn't get out of the garden. However, I am sure the real-life Diana wouldn't have appreciated goats in her garden (though she did find something else in her garden). Unfortunately, we weren't able to plant a garden at this point, though we are looking forward to it soon. We have also been learning about American history, though we are still learning about pioneer days and the expansion of the country to the west. So, learning about something that took place during World War 2 was a bit of a jump for us, but to me that is the beauty of homeschooling (especially relaxed, review homeschooling), we can learn about what interests us at the moment.

Anyhow, on to the book. I don't know about you, but I had never heard of the White House Victory Garden. This garden came about thanks to the efforts of an very ambitious little ten year old girl who just happened to live in the White House with her father who was President Roosevelt's chief advisor. Diana wanted to do her part to help win the war, but she wasn't sure what she could do. Unfortunately, all of her ideas didn't quite pan out the way she thought they would. At first. She tried being a spy, a city official hanging important signs, and even a superhero who tried to keep enemies out of the White House by putting pins straight up in the chairs. As you might be able to imagine, these endeavors didn't go very well and she might have gotten in a bit of trouble. 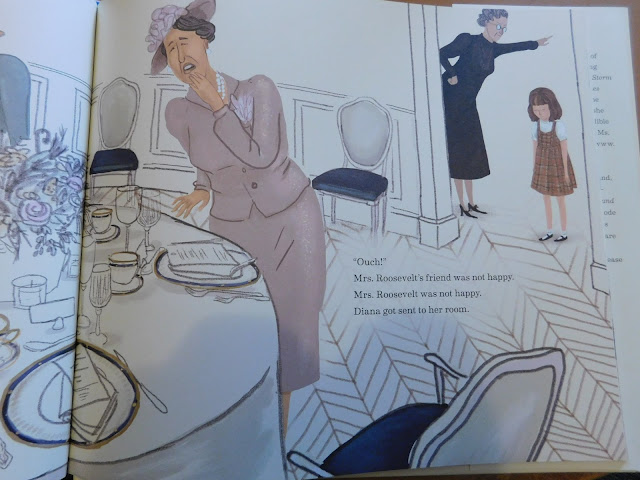 However, she wasn't daunted. She knew she wanted to help America.

She happened to be playing in the Oval Office when the president was talking to her father about his plan to have the citizens of America help the war effort by turning every back yard and vacant lot into a garden. In this way the food the farmers grew would be able to provide food for the soldiers while the citizens were fed by the Victory Gardens. President Roosevelt planned on setting the example by starting one on the White House lawn. Diana volunteered to help plant this garden and tend it.

She worked hard helping to get the garden planted and then tending it. Even though she had to deal with a bit of a setback and then had to learn patience while waiting for it to grow, she knew she was doing a great thing. She helped to inspire the country. 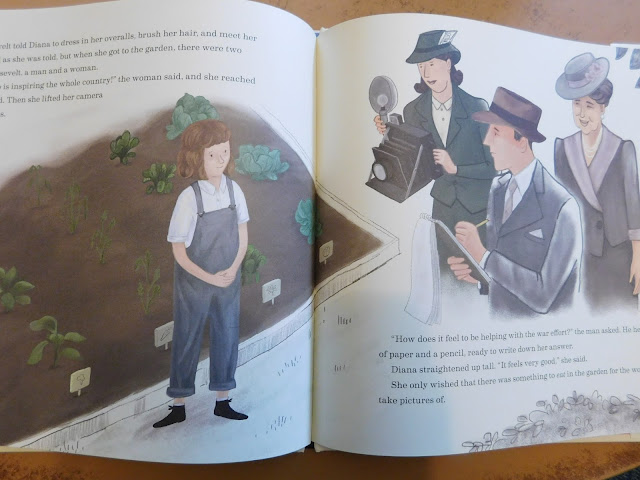 We found Diana's White House Garden by Elisa Carbone to be quite the inspiring story. Personally, I love reading about true stories from our history. I especially appreciated that this story was meaningful for the older girls because it was about a child who was around their age. I felt it was quite empowering for young children to see that they can make a difference in our world. They don't have to wait until they are grown up.

The book was based on interviews with the real-life Diana, who is now living in Virginia. She has continued growing a vegetable garden as she has lived her life. I also appreciate that the illustrations were filled with details that were historically accurate, and they even included a photograph of the real Diana with First Lady Eleanor Roosevelt. 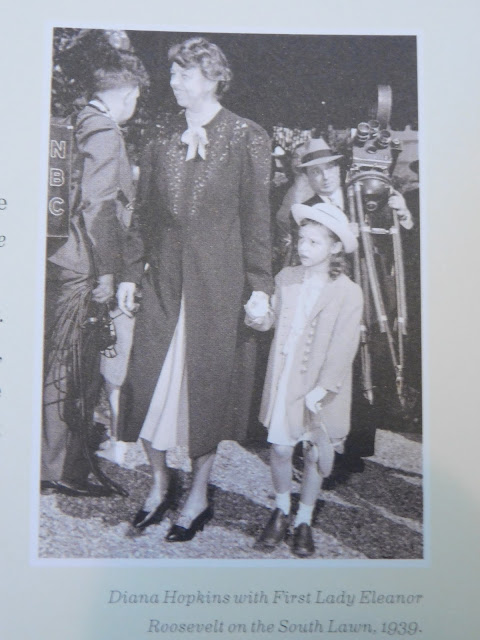 This is a great book to help inspire children to take initiative, to see where they can help others. It is also a great addition to a study of American History. I definitely recommend Diana's White House Garden.

The book is recommended for children 5-8 years of age. All of my children did enjoy it, and they are 4, 6, 7 1/2 and 9, putting them just about in the recommended range. It wasn't too long for my youngest, and it kept my 9 year old's attention, because as I mentioned above, the book is about a 10 year old girl.

You can purchase this hardcover book for $17.99.

Great news! I have been given the opportunity to offer a giveaway for one person to win their own copy of Diana's White House Garden

This giveaway is open to US residents 18 and over.
The giveaway runs May 23rd through June 5th.

Disclosure: I received a hardcover copy of  Diana's White House Garden in exchange for my honest review. No further compensation was given. This did not in any way influence my review. I only recommend products I use personally and feel will be a good products for my readers.
Posted by kewkew at 3:38 PM