We had the wonderful opportunity to try out the Magic Moves Wand from Educational Insights. 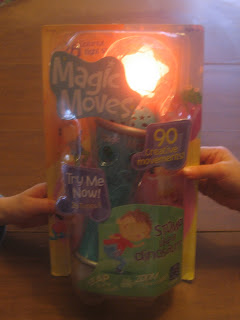 I have to be honest, I had seen mention of the Magic Moves Wand, but I wasn't sure it was something I wanted my girls to have.  I figured they would use it like the other little "magic" wand Tabitha has, as a noise maker. I'm sure there are at least a few moms and dads out there who know what I mean.
"Let's just hit this button repeatedly so we can here the funny sound and annoy mom and dad."

Or, I figured they would just sit there pushing the button and listening to the music. Let's just say, I was wrong to have even thought this way. This is a toy they keep coming back to.

Before I go further, you may be wondering what a "Magic Moves" wand is. So, according to the website:

This fun wand has, "Ninety fun, physical commands, a twinkling light show, and a variety of musical styles get little ones up and keep them moving, exercising their bodies, creativity, and listening skills!"

When the children push the "play" button they are given a "command" to do something like some kind of  animal or object. The majority of these commands do focus around animals. For example, they may be asked to "stomp like a dinosaur," "wiggle like a worm," or "hop like a frog."  However, they have also been told to "grow like a flower." Originally, before I decided to try out the wand, I had thought it sounded like fun, but wouldn't the children get bored being told to act like animals. But the combination of the music and the instructions works so well together to keep the children up and moving.

There are times the girls include Harold by having him hold the wand. Predictably, the baby enjoys the combination of music and light coming from this intriguing toy. 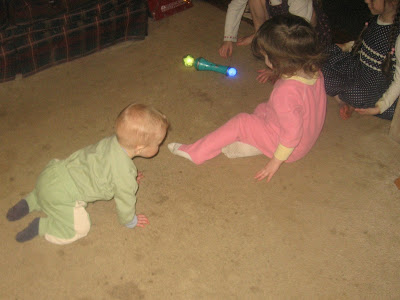 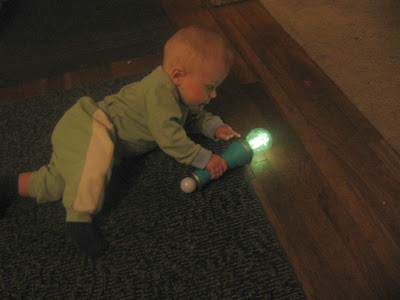 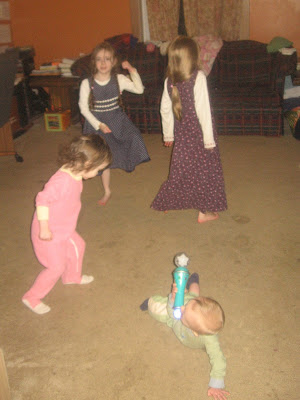 The girls love trying to get the animals actions just right. Here they are being elephants. 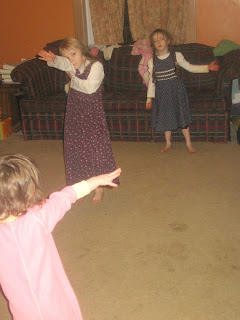 There are times they ask me what a certain movement should look like, for example they weren't sure how to "dive like a dolphin."  So mommy gets to get right in there and demonstrates. In fact, mommy has danced around with the girls several times. It is quite fun actually. Sorry, no photos of mommy dancing around. 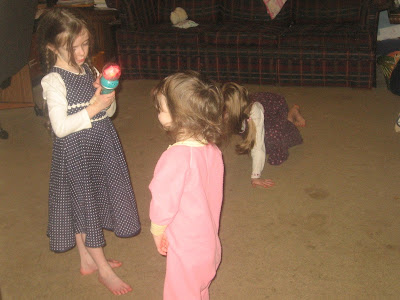 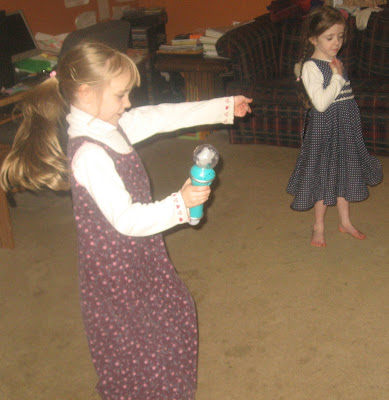 It also works very well as a microphone. 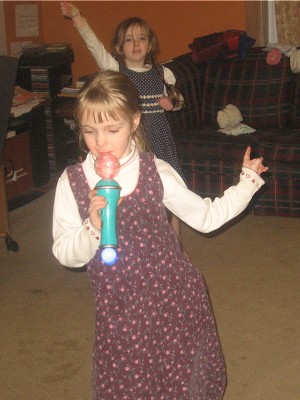 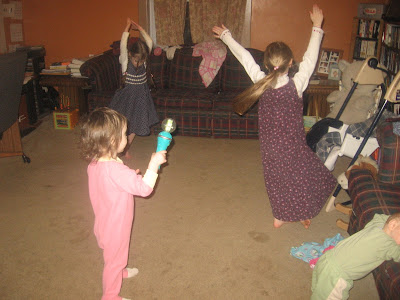 As you can see, the girls are really up and moving.  They dance in and out of the living room. The twirl, they  jump, and they crawl. Then they come over to mommy so I can feel their heart "pumping," proving that they are getting a fun workout. Dancing is such a fun form of exercise!!

We loved the time that Hannah just picked up the wand and started dancing around by herself. 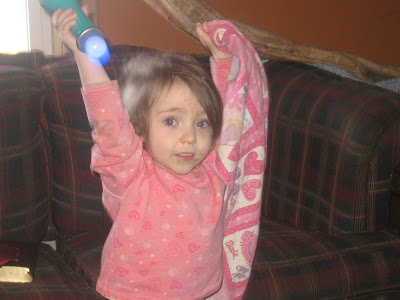 The wand is easy to use. There is an on/off switch that is simple enough for Hannah to operate, but not too easy for the baby to accidentally turn on. You can also choose your volume level with the same switch. Surprisingly even the louder setting is not too loud and overbearing.  The girls push the "play" button to hear the command and then the music starts for them to dance and move to. Once the music stops they can choose the "Repeat" button to hear it again, or the "Play" button for new instructions. There are even surprise commands that come randomly during the music or after it stops, such as "freeze" and "let's dance."

I also love the way the music fits so well to the type of movement the children are making.

Not only can we use the wand for a chance to get some exercise, but the girls are also exercising their minds by learning new words and using their imaginations.

As I mentioned, I did have a concern before choosing to try out the wand. I wasn't sure if I wanted to encourage the girls to use a "magic" wand. If you too would hesitate to purchase this product because it is called a "Magic" Moves Wand, I just wanted to say, there is no magic involved, just imagination. When the wand first turns on it says, "Shake it up! Work it out! Magic Moves is all about…MOVIN’!" It is a great way to encourage movement and imagination.

I did have one concern after listening to the wand for a while. There are some commands that I felt weren't clear enough to hear. The children however, seem to hear them perfectly, so perhaps it is just mommy's hearing.

I would definitely recommend this award winning product if you are looking for something fun to get your children up and moving.
You can purchase the wand at Educational Insights where it sells for $19.99.

But wait, there's more!!
I have been given the opportunity to offer my readers a giveaway!
Click here to enter to giveaway. Giveaway ends 12/16

Disclosure: I received a Magic Moves Wand from Educational Insights for free in order to review it. This did not in any way influence my review. I only recommend products I use personally and feel will be a good products for my readers.

Email ThisBlogThis!Share to TwitterShare to FacebookShare to Pinterest
Labels: reviews