Moments to Remember From the Weeks of March 4th-March 16th 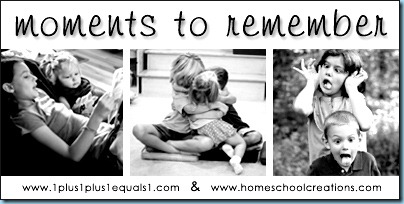 It has been awhile since I have linked up a Moments to Remember post. This is due to the fact that during the last trimester of my pregnancy our homeschool time was really nonexistent. I can't believe how much more motivation and energy I had just a couple of weeks after the baby was born. And though it is still difficult to accomplish a whole lot with a newborn I have been able to do a lot more. We are doing some more projects and things, so I thought it was a great time to share.
They are getting to know their baby brother. Learning how to hold him and take turns with him. 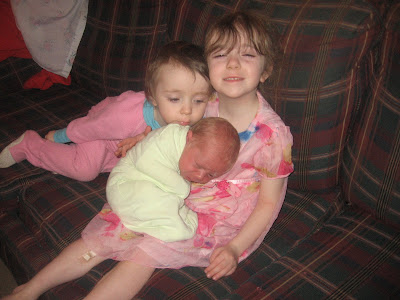 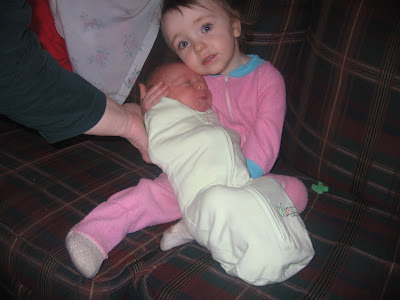 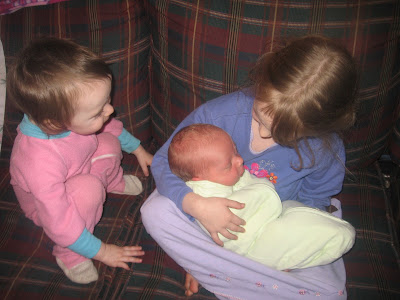 They also love helping with him. Here they were helping get his bath ready. Bath time also brought the opportunity to discuss the difference between boys and girls. No picture for obvious reasons. 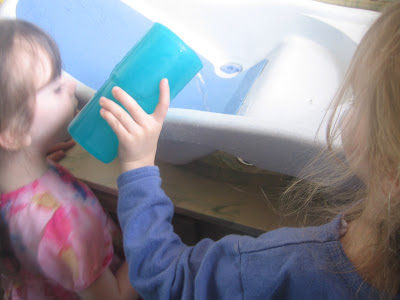 Tabitha and Amelia are also getting interested in charts because of an episode of Sid the Science Kid. Here is a chart Tabitha made by herself. 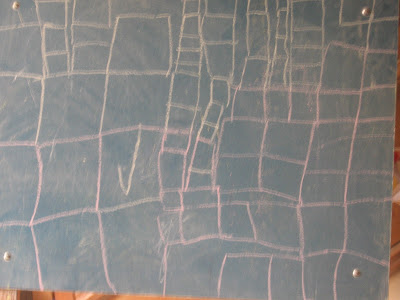 They voluntarily started doing some household chores, like cleaning the table and taking out the bathroom garbage so they could mark the chart.
We had our first "Box Day." 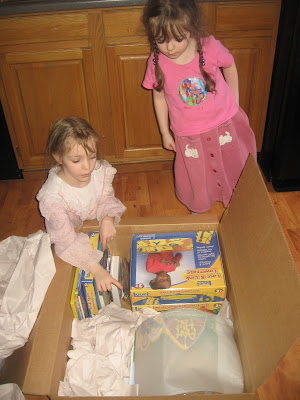 They were outside making ant hills for the ants. And giving them popcorn to eat. The stones are a road. 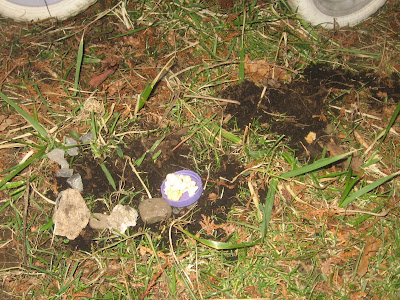 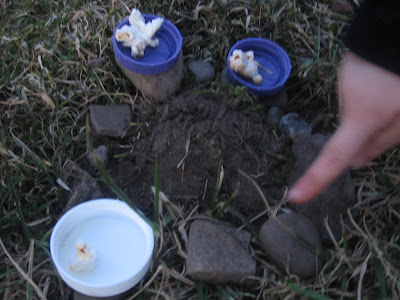 This past Tuesday Tabitha decided to be the teacher and teach us the letters of the alphabet.  We started with a chart of the days. She first filled in the 13 for the day, then we discussed what day was coming up and which day had already passed. 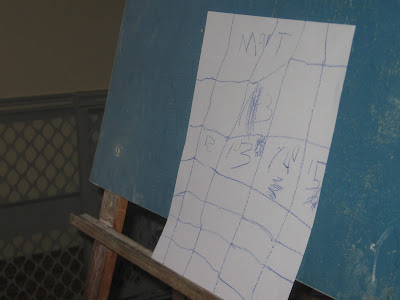 Then she wrote each letter in order on the board and we had to tell her the letter name and the sound. We also told her a word or two to go with each letter. 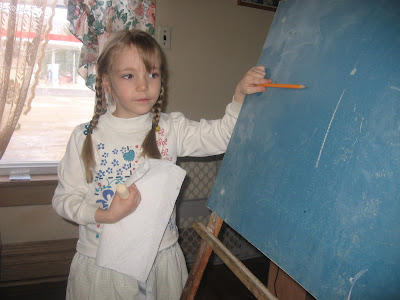 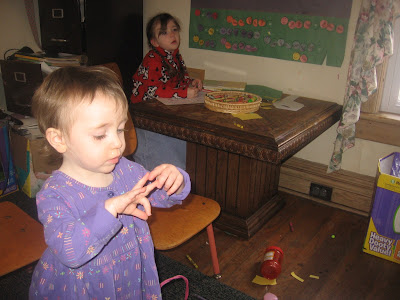 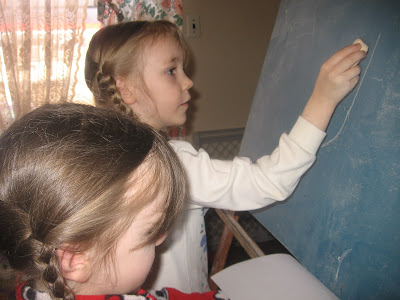 Then she read some stories. She was actually reading the words. 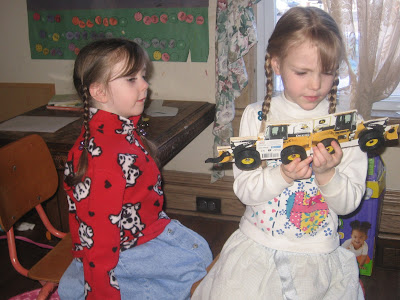 Then Amelia took a turn. 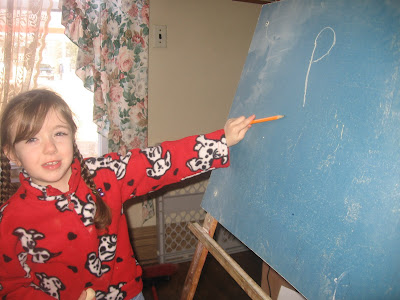 You know the weather is getting better because we have been finding critters to observe.
A snail 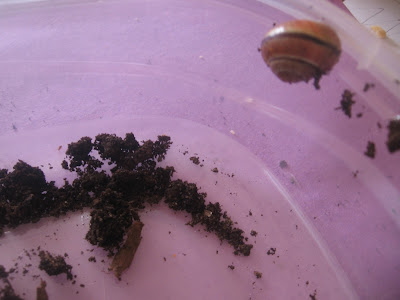 And some Rolie Polies (which thrilled them because they love the episode of Sid the Science Kid where Sid has a Rolie Polie, and where they form the Bug Club). 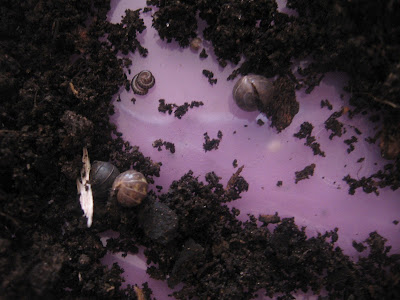 Email ThisBlogThis!Share to TwitterShare to FacebookShare to Pinterest
Labels: Baby Harold, Moments to Remember, outside play