IndoctriNation: Public Schools and the Decline of Christianity in America {A TOS Review}

I remember when I was growing up, I loved school. I couldn't wait to send my children to school, to be there to help them with their homework, to see them learn and grow. Fast forward many years. I did get to send my three older children to public school, and it was not the dream I was hoping for it to be. All three of my children struggled through school, and without going into any details, I just want to share that it was more of a nightmare than a dream.

Schools are not what they used to be, and my husband and I knew we wanted, no needed, to keep our young ones out of these schools. We have many reasons for homeschooling our children, and every day when I see a new headline I realize we made the correct decision, which strengthens my resolve to keep going on a stressful day. Just recently, thanks to the Schoolhouse Review Crew, I was given a product that once again confirmed our path.  My husband and I have been viewing a powerful documentary DVD by Great Commission Films called IndoctriNation. 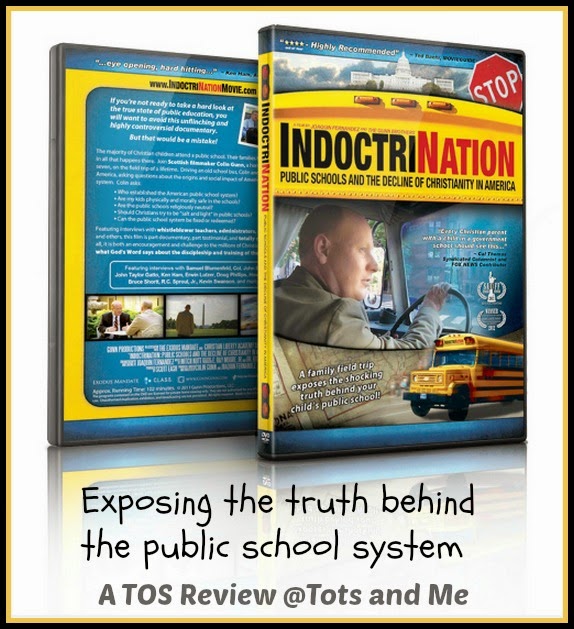 This 102 minute program, begins with a glimpse of the nightmare that public education has become. Through clips of news stories, we are reminded of how schools in America are failing. We are then asked whether this is a place we, as Christians, should be sending our children. Colin Gunn, homeschool dad, filmmaker, and creator of IndoctriNation, took it upon himself to help settle this debate. He took his family on a little road trip across America, ironically in a big yellow school bus, to try to find out the truth. He asks, "What is it that parents can expect by putting them on the bus today?" The results should concern you.
The road trip begins with a reminder, that even in one of the top schools of the county, there is so much wrong with what the children are being exposed to. Should we really be sending our children to schools full of sexual sin, drugs, and violence? Do Christian children belong in a place where they are pressured to give up their Christian values and deny Christ? The problem is, people seem to feel that bad things can't happen in their schools. They feel their school is one of the "good" schools. They are confident that their children are being taught by Christians. Unfortunately, this just isn't reality.

We would like to believe there are Christian teachers who are shining their lights and being examples for our children in these schools. Yes, they are there; however, we discover it isn't really possible for them to be the lights they desire to be. Though teachers try to be examples, they are unable to boldly confess their Lord as Romans 1:16 tell us to do.   They have to teach subjects contrary to their beliefs, such as homosexuality and evolution. There isn't much they can do while the foundation is crumbling. In fact, this DVD shows that school employees have actually lost their jobs for proclaiming the name of Christ, for refusing to continue to live in a way that they feel they are denying their Lord.

There are Christian leaders who feel that we can't abandon the schools. They feel children should be there as salt and light as well. Franklin Graham would love to see one child in every classroom in America, trained as a witness for Christ. Unfortunately, even students are being censored and kicked out of class for quoting the Bible. As mentioned above, they are pressured to give up Christian values and become spiritually broken. So much for the thought that sending our children to public school to be salt and light is a good idea.

The thing is, I had always assumed that public schools started out as a positive idea for this country and they have been corrupted over the years. I liked what Franklin Graham said about taking the public schools back. Little did I know that the entire history of public school in America is fraught with an anti-Christian philosophy. In fact, even Mr. Gunn is asking, "How could the school system get this bad? Didn't America start with clear Christian convictions and practices? What happened?" Throughout a majority of the documentary there is an animated timeline showing how government schools were influenced by socialism, Marxism, and more. Compulsory education can actually be seen as an attack on the Biblical family.

This was the most eye-opening aspect of the DVD for me, and I wanted to share it in some more detail. The time-line is shown as being drawn on a blackboard with a little animated bus driving along the bottom. As the bus passes specific years, details are written on the board and occasionally an influential person in America's educational history will jump on board.

Here is a sneak peek at what you will find on the timeline.
Throughout the documentary there are interviews with such influential people as John Taylor Gatto, R. C. Sproul Jr., Michael Metarko, R.C. Murray, and Ken Ham.

In light of all that I learned on this DVD, I found the following quote intriguing: 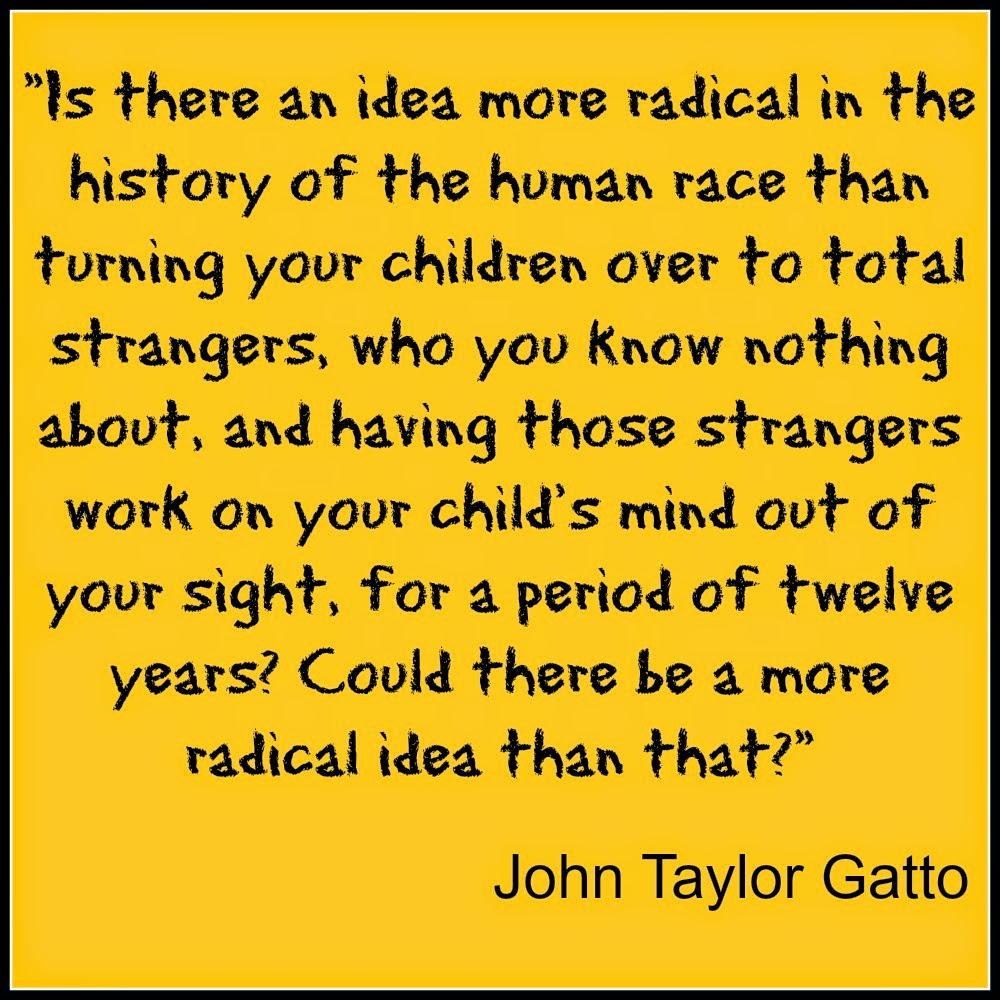 IndocriNation should be a wake up call to the Christian world. Parents and church leaders alike need to watch this documentary to see why it doesn't make any sense that 90% of God's people send our children to these pagan institutions. In viewing this DVD, you will see that it is not fair to send our children into these schools in an attempt to be "salt and light," when school teachers themselves struggle to be that example. Because, without the ability to mention the name of Christ, how can they stand firm.

I wholeheartedly recommend IndoctriNation for Christians who have their children in the public schools, for churches who want to lead their flocks in the right direction, and for homeschooling families who are doubting their choice to homeschool. Be aware, that this documentary is not recommended for young children as there are subjects being discussed that are not suitable for children. There is a warning at the beginning of the program.
IndoctriNation can be purchased for $19.95. Additionally, there is an eye-opening companion book with the same title available for $14.95. The book/DVD set can be purchased at $10 discount for $24.95. The DVD can also be purchased in bulk quantities for significant discounts.
You can find IndoctriNation on Facebook, Twitter, YouTube, and Vimeo.