In my Fun Fiction Friday I share the books the older girls and I are reading, and a short review of a Young Adult or Juvenile book I have finished, if applicable. I will also ask the girls to tell me something they would like to share about at least one of the books they are currently reading. As I am also reading books for adults, I have started my book blog up again. A few weeks ago I shared my Friday Finds, Book Beginnings on Friday, and The Friday 56 in my Friday Fun post. I haven't had a chance to post one since, but hope to do so today. I will also be sharing my reviews of any adult books over there. If I do, I will share links to those reviews in my Fun Fiction Friday post.

I finished The Castle in the Mist by Amy Ephron. I was so excited to see I had a message on my Tots and Me Facebook page by the author. That was just so exciting. I have yet to start The Land of Stories: The Enchantress Returns by Chris Colfer. I've just been way too busy. A lot of books are going to end up going back to the library unread. I had such lofty reading goals at the beginning of the summer reading program. Just isn't going to happen. 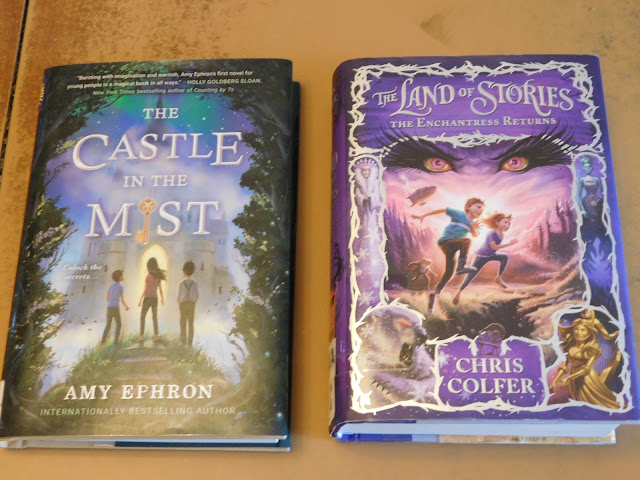 The Land of Stories: The Enchantress Returns by Chris Colfer is the second book in the The Land of Stories series. Young Alex and Conner Bailey are back to help save the day in this sequel to The Land of Stories: The Wishing Spell. The Eastern Kingdom, once called The Sleeping Kingdom, had finally began to really recover from the original sleeping curse. At the time of the first book, the Sleeping Kingdom was still half asleep and unproductive (both the land and the people), though Queen Sleeping Beauty's actual curse had been broken before the book began. Now the evil Enchantress (the one who originally cursed her) is back and her evil had reached into the real world. Friends and acquaintances from the first story join forces to help Alex and Conner rescue their mother and save the fairy-tale world. Can't wait to actually read it. Think I'll start tonight after the kids are in bed.

Moving on to the girls' books:

Amelia is still reading The Prisoner of Azkaban, plus a chapter book for Australia called Flat Stanley's Worldwide Adventures: The Australian Boomerang Bonanza, and recently started Charlotte's Web because we are reviewing the study guide from Progeny Press. She took Hamster Princess: Giant Trouble out of the library and hopes to be able to get to it soon. Though she sort of ended up reading a fairy book first called Ava the Sunset Fairy. 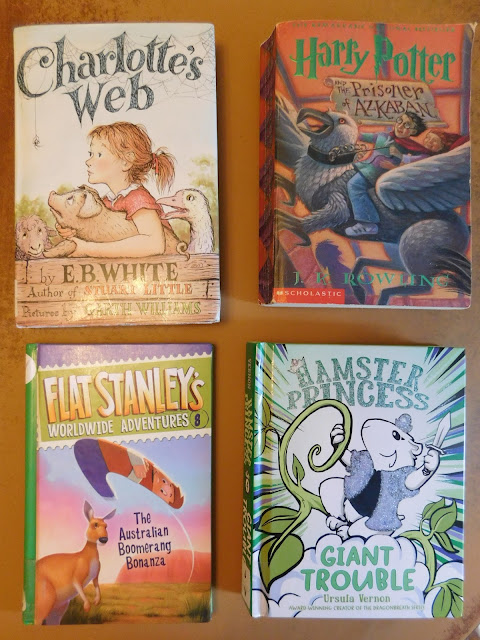 Amelia really likes Harry Potter and the Prisoner and Azkaban. She is toward the beginning of the book still and wanted to share a bit about what is going on. When Harry was still with Uncle Vernon and Aunt Petunia, right before he went to Diagon Alley, he got presents from Ron and Hermione. He then took the Knight Bus to Diagon Alley and in the morning he met them. Then they went to the pet store and Hermione got a cat named Crookshanks. Ron got his rat tonic. A few days later they got on the Hogwarts Express where they meet Professor Sleeping Lupin.

Tabitha is really enjoying the History Mysteries from American Girl. She is almost finished reading Ghost Light on Graveyard Shoal by Elizabeth McDavid Jones. She is also almost finished with The Lion, The Witch, and the Wardrobe by C.S. Lewis. She is also reading Charlotte's Web, for the same reason Amelia is. 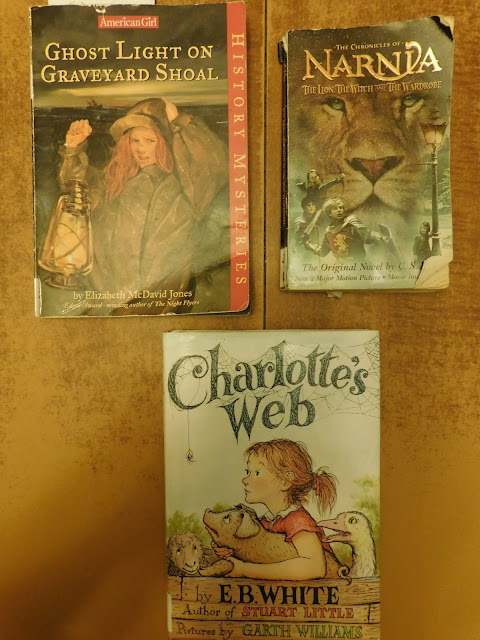 Tabitha is enjoying Ghost Light on Graveyard Shoal. It's about a girl whose name is Rhoda. Her father works at a life saving station to save people from shipwrecks because they live on an island. Rhoda has a sick friend named Pearl who may die if her father can't get enough money.

Rhoda sees some kind of light, and she tries to figure out what it is, and it becomes more and more mysterious. She thinks it could be the light of a wrecker, who is a person who takes a big light and lures ships to their doom. It could look almost like another ship or a lighthouse.

She thinks it is really good and she likes it. Tabitha thinks Rhoda's figured out that it is a wrecker, and thinks she knows who it is. But Tabitha realizes that in mysteries sometimes the people add up the clues too hastily and jump to conclusions. 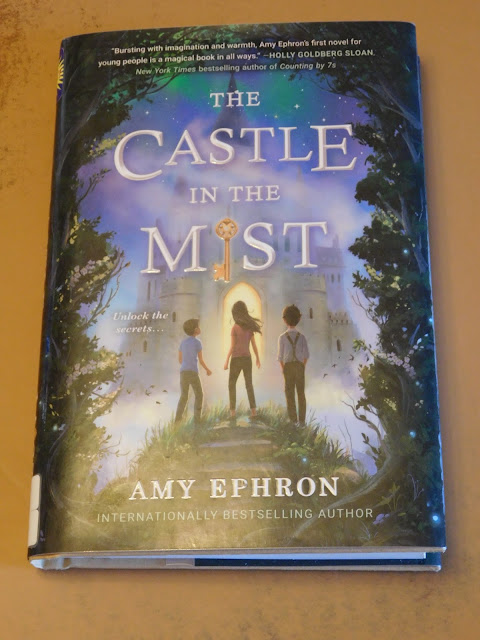 The Castle in the Mist is another book I found on display in the library. It is a juvenile fiction book written by Amy Ephron, her first book for young people. In this story Tess and Max are sent to their aunt's English countryside village because their father is in Afghanistan and their mother is sick.. There isn't a lot to do until Tess finds a key that unlocks a magical gate into what at first I thought was a mysterious land, but ended up being the neighboring estate. However, there is still a huge mystery about who the boy is who Tess first meets, a boy who is there with his "governess" and a man named Barnaby. Tess keeps the key and ends up bringing her brother Max back with her to meet William. A lovely friendship is forged in the fantastical backyard with a beautiful rose garden, pond, magical carousel and lifelike statues of different gods and goddesses. However, there is something sinister about the hawthorne trees, something that isn't quite understood, but definitely makes for some suspense.

There is quite the mystery about who these people might be, seeing as nobody is supposed to be living in the castle, and their Aunt Evie knows of no young boy living anywhere nearby. And there are magical wishes involved, wishes that bring adventure, but also some intriguing surprises.

The chapters are quite short, maybe a little too short actually. Personally, I wish the story was a bit longer and a little less confusing. I loved the idea of the storyline, but some of it was just a bit weird, and never really explained well. The ending left me wondering what exactly is going on their, and how these people are even there.

I did enjoy the book, but it wasn't quite what I was expecting. It also caught me off guard when Tess was wanting to pray to one of the statues of the gods. There seemed to be a bit more power in these statues that didn't quite make sense.
Posted by kewkew at 12:13 AM