Welcome back to Fun Fiction Friday on Sunday. (Yes, I know, I know. I'm trying to get better at this.)

I have been focusing on The Testing trilogy by Joelle Charbonneau.  It is another dystopian series, and I just haven't been able to put it down. I loved that one of the endorsements said that, "The Testing is a chilling and devious dystopian thriller that all fans of The Hunger Games will simply devour." When I saw the books on the shelf at the library, that really caught my attention. Now that I have finished the trilogy, I have to say I agree wholeheartedly with this sentiment. 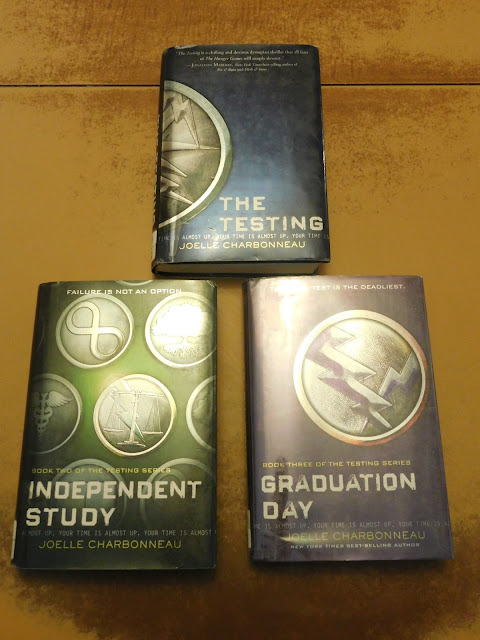 I still have these Novella compilations from the I Am Number Four series out from the library. I started the Secret Histories and plan to get to the other one as soon as I am done with the first. 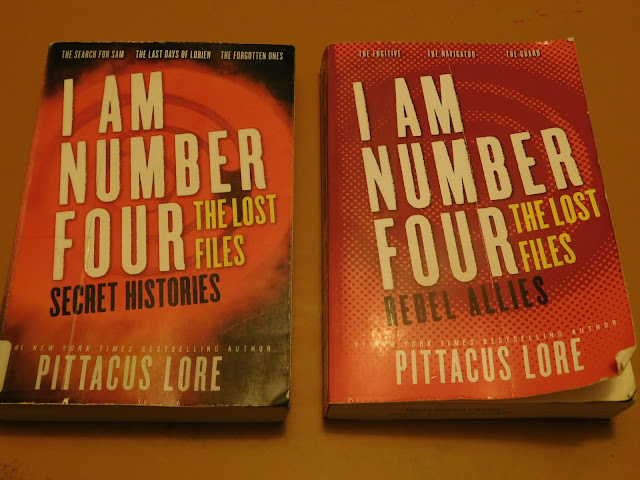 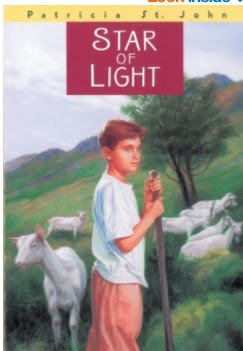 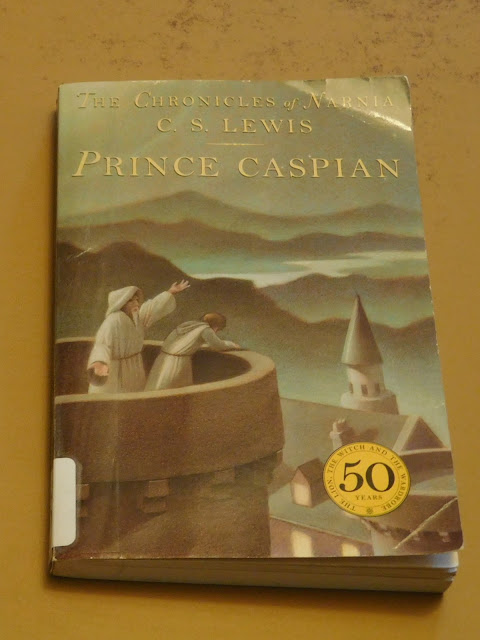 Amelia is still trying to read The Land of Stories: The Wishing Spell and Harry Potter and the Goblet of Fire. 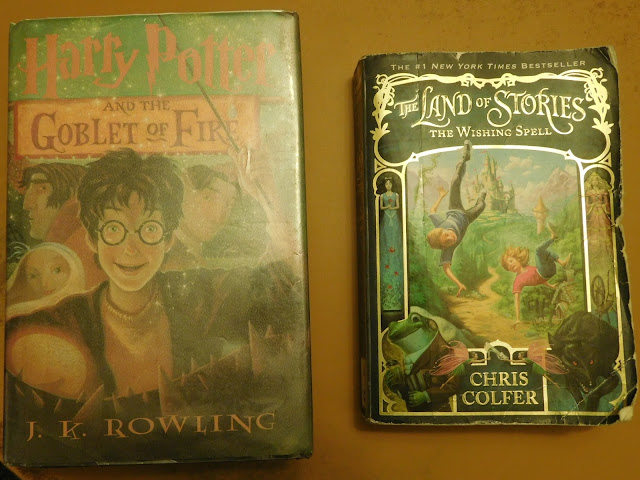 Today I would like to share about The Testing trilogy by Joelle Charbonneau. I was going to share about one book at a time, but this series was another one that I couldn't put down. It gripped me from the very beginning. 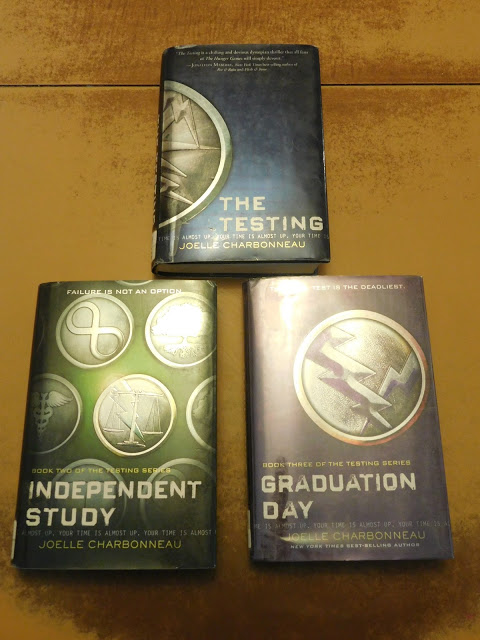 We start our adventure in the first book called The Testing. Malencia Vale, or Cia as she likes to be called, is chosen for the testing that is the future's way of selecting leaders for the country which has been absolutely ravished by the Seven Stages of War. She is thrilled to be chosen, along with a few more students from her colony, yet her father shares secrets about his testing that bring doubt and worry. However, it also causes her to be extremely vigilant during the 4 stages of the Testing. After the stressful yet typical written test, the testing candidates find themselves facing harsher consequences during the hands-on portions of the test, consequences that include death. The candidates discover just how far they will go to earn a spot in the University. They learn what they are capable of. The reason no one has put a stop to this testing all these years is because the candidates memories are wiped of their time of the testing.

In Independent Study we follow Cia and her friends who survived the Testing, to the University. They find themselves facing more testing and more challenges, some just as deadly. On top of that, they now have to study and compete for internships, which brings Cia into a very interesting position to help stop the Testing. They start to discover more about the details of the Testing and what happens to those who don't pass, and they know they need to expose it and put an end to it. In addition to the students, we discover there are also rebels out there who hope to bring down the Testing as well.

I absolutely loved this series. I agree that fans of The Hunger Games trilogy would enjoy these books. There are a few similarities, yet the premise is quite different. In The Testing the participants are out to demonstrate that they are worthy of being the leaders of the government. Though there is killing involved by some in order to get ahead, the ultimate goal is not to kill all the competition for the amusement of the country and as punishment. In fact, the citizens seem blissfully unaware of what takes place during the Testing and during a student's time at the University.

As we go through the series, we do see the main characters fighting against the corrupt government. There is violence and death, as the most ruthless vie for the top positions, in order to show that they are worthy of leading the country and keeping it from falling again. There is intrigue and mystery as our main character has to learn who she can and cannot trust, and also has to learn to rely on those she is not sure whether she can trust or not.

There is quite a bit of suspense and action in this series. From the final stage of the Testing that takes them on a journey from Chicago to the capital of Tosu City, to battles within the capital between different factions of rebels and students, and the government agents. As the reader I found myself unable to stop turning the pages to find out what would happen next. The author did a wonderful job creating a future world that was quite believable. Throughout the story we get the backstory of what happened during the Seven Stages of War that led to the annihilation of so many. I loved the way parts of this history were discovered as Cia took her tests and as she got into her studies.

I can definitely recommend this trilogy (and already have to a few people). I was pleased that there was no profanity or sex. It is hard to find young adult books these days that steer clear of these things. Though there is a bit of a romance occurring in Cia's life, it takes way-back stage to the action in the story. And when it does get brought up, it actually plays into the plot well.

If I were to rate these books, I would definitely give them 5 stars.