I introduced a couple of slightly new activities this week. I did leave the spooning cottonballs on the shelf as they still remind me of snow, but they didn't seem interested in it. I replaced the heart picks with red chenille stems for the girls to place in the cheese shaker. 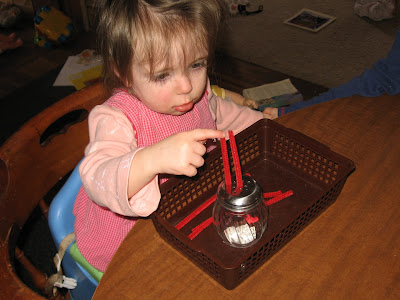 I added a new dimension to this activity by having the girls place pony beads or cheerios on the stems. 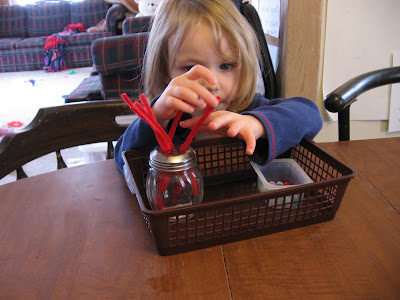 I had Tabitha sort 5 different color beads onto the stems, making it a color sorting activity for her. 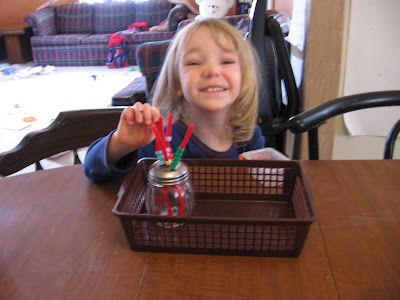 In addition, each color represented a different number of beads. When she was finished putting them on the stems she got to count them and place them on a number mat I made. 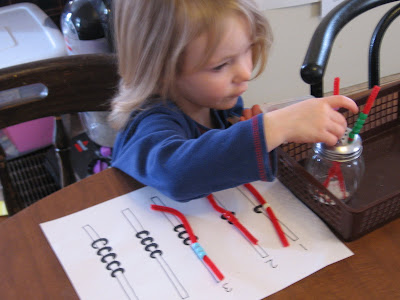 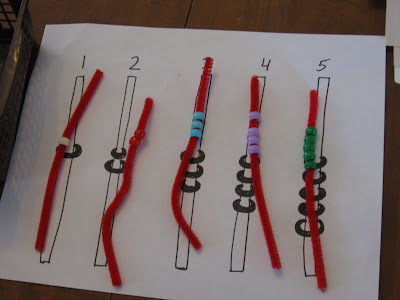 I only went to 5 because I didn't want to overwhelm her. I think it was a little simple for her (She picked them right out of the shaker and put them in the correct spot), so I am going to make a mat representing the numbers 0-10. I didn't allow Amelia to use the beads because I had found her trying to eat them earlier in the week when I was setting up the activity. So she got to use cheerios. No pictures of her putting the cheerios on though. 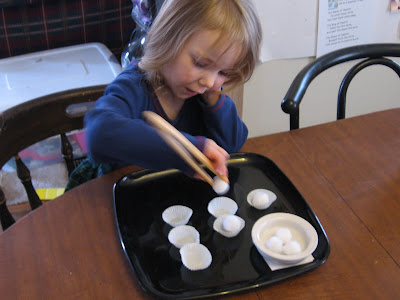 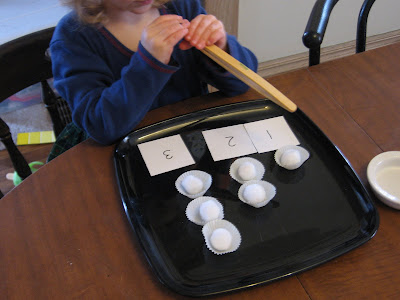 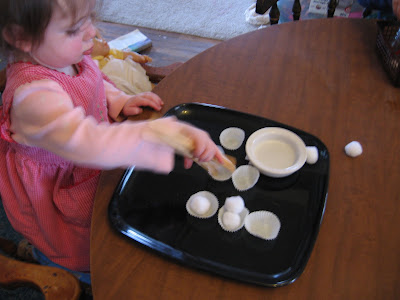 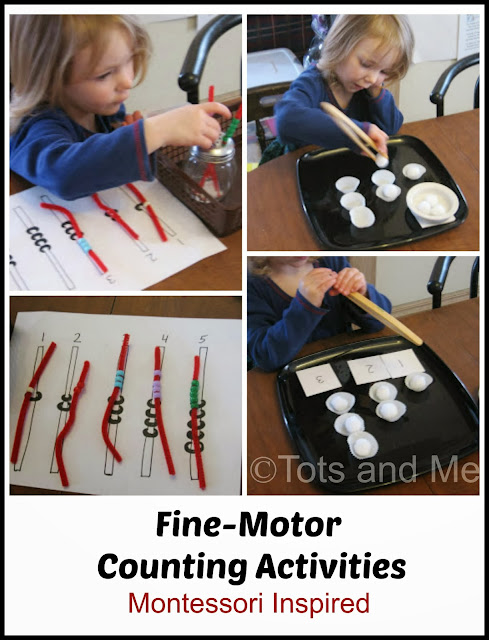 I am also linking to

Carnival of Maths Play
Posted by kewkew at 1:46 PM